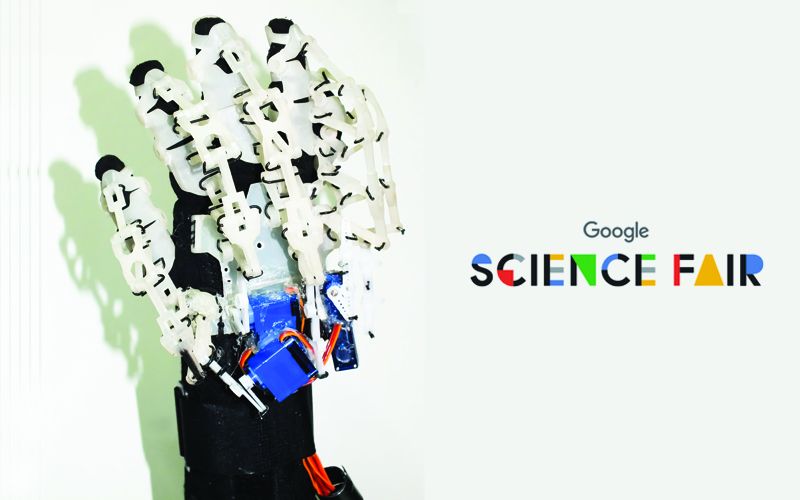 The Google Science Fair is a science competition sponsored by Google, Lego, Virgin Galactic, National Geographic, and Scientific American, where the participants formulate a hypothesis, perform an experiment, and present their results. The competition is open to 13 to 18-year-old students around the globe and the global finalists were announced in May this year. The brother-sister duo from Hyderabad, Faria Zubair and Zain Samdani are among the top 20 global finalists of this prestigious science fair!

They presented – Neuro-ExoHeal utilising neuroplasticity to retrain the brain and rehabilitate patients with hand stroke/paralysis. It helps to recover faster by introducing an exoskeletal hand rehabilitation device: Neuro-ExoHeal. 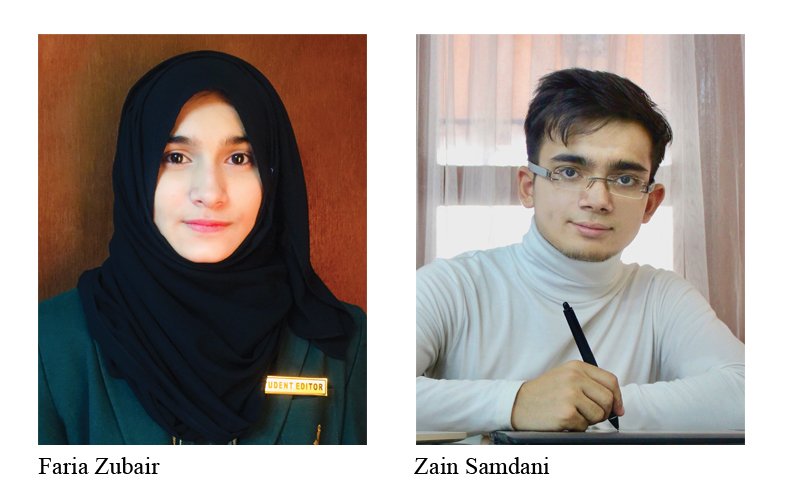 Neuro-ExoHeal utilises neuroplasticity to provide faster rehabilitation by retraining the patient’s motor cortex and recovering motor functions. The current rehabilitation devices are bulky, slow, and non-portable, so patients are forced to lead tough lives, and some of them cannot even afford the expenses. Neuro-ExoHeal solves these problems, as it’s a portable and affordable device that works with a doctor’s assistance via an app to bring it within the reach of the highest number of individuals in need.

Today, globally, more than 200 million people live with some type of disability. Among them are a large number of people with motor disabilities. The current rehabilitation devices are bulky, expensive, and require manual interaction by the physical therapists. The procedure is also labour intensive and costly. This renders rehabilitation as a primary challenge. By observing the limitations of approaches introduced by previous models, they aimed to create Neuro-ExoHeal - an exoskeleton capable of providing faster rehabilitation to stroke patients and those with muscular degenerative diseases.

During their research for a potential cure, the brother-sister duo discovered neuroplasticity. By studying its concepts, they came up with a rehabilitation routine: giving hope, overcoming learned non-use, and neurogenesis. As it becomes impractical for the patients to travel large distances for their sessions, they made an app that drastically reduces the costs and improves the recovery time by acting as a means of communication between the patient and the doctor. 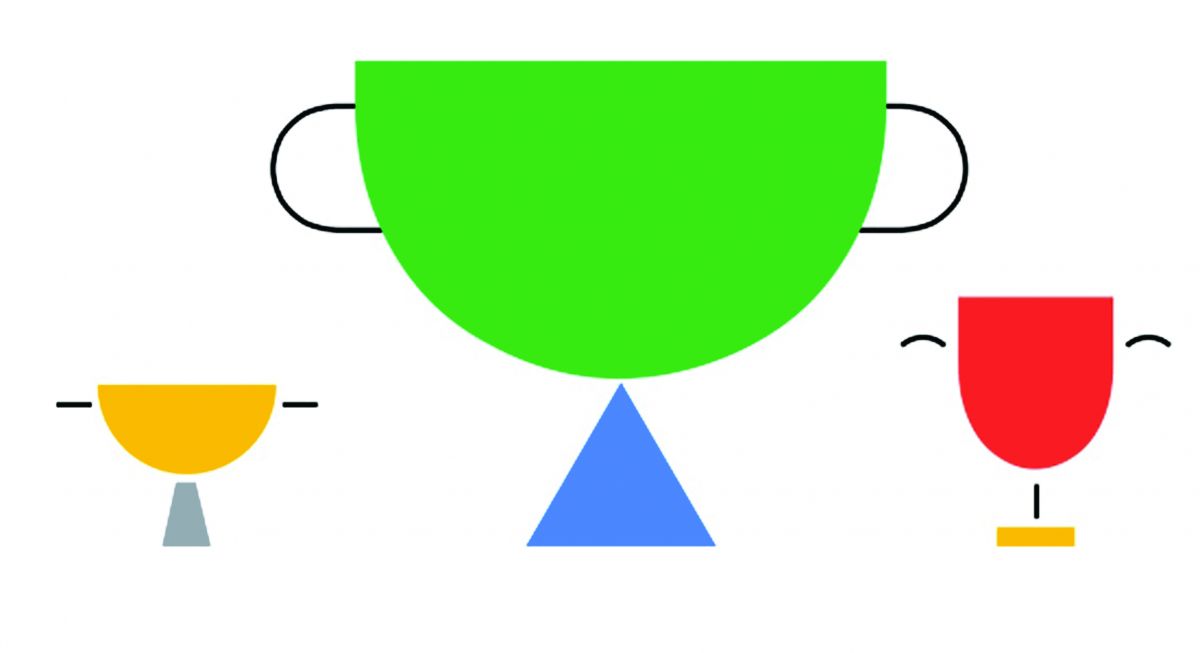 Neuro-ExoHeal, unlike its predecessors, is designed to feel like a second skin. It is divided into a wireless skeletal and sensory hand. A movement executed by the working hand forces the paralysed hand to mirror the exact motion. This incremental training rewires the brain by triggering plastic changes, resulting in increased strength. By combining ideas from the previously-built models, they have created a hand exoskeleton, which is truly wireless, precise, portable, and one that increases the rate of rehabilitation by 30%. The duo aims to make Neuro-ExoHeal available to the common people.
The Neuro-ExoHeal comprises of three sections.

The device – a wireless exoskeleton that will be worn on both hands, so that when the good hand performs a movement, the paralysed hand will mimic the same movement.

The app – available in multiple languages, it will allow the user to make use of the device comfortably at home. Rehabilitation routine – a three-step routine involves hope, overcoming learned non-use, and neurogenesis.

About Faria Zubair and Zain Ahmed Faria Zubair is 16 years old and Zain Ahmed is 18. Both live in Riyadh, Saudi Arabia. Zain, a student of NIOS, Hyderabad loves robotics and says that his interest in robotics began by seeing his mother busy with household schedules and taking care of the kids, which eventually resulted in less time for her. This inspired him to create robots, which could lessen her burden. He says, “I’d describe myself as a robotic enthusiast and an expressive artist sparked by cartoons to make fiction a reality, and aid humanity. Believing is key! I also have a passion for poetry; it gives meaning to my thoughts and serves as motivation in tough times. I am also fascinated by the works of Leonardo Da Vinci.” 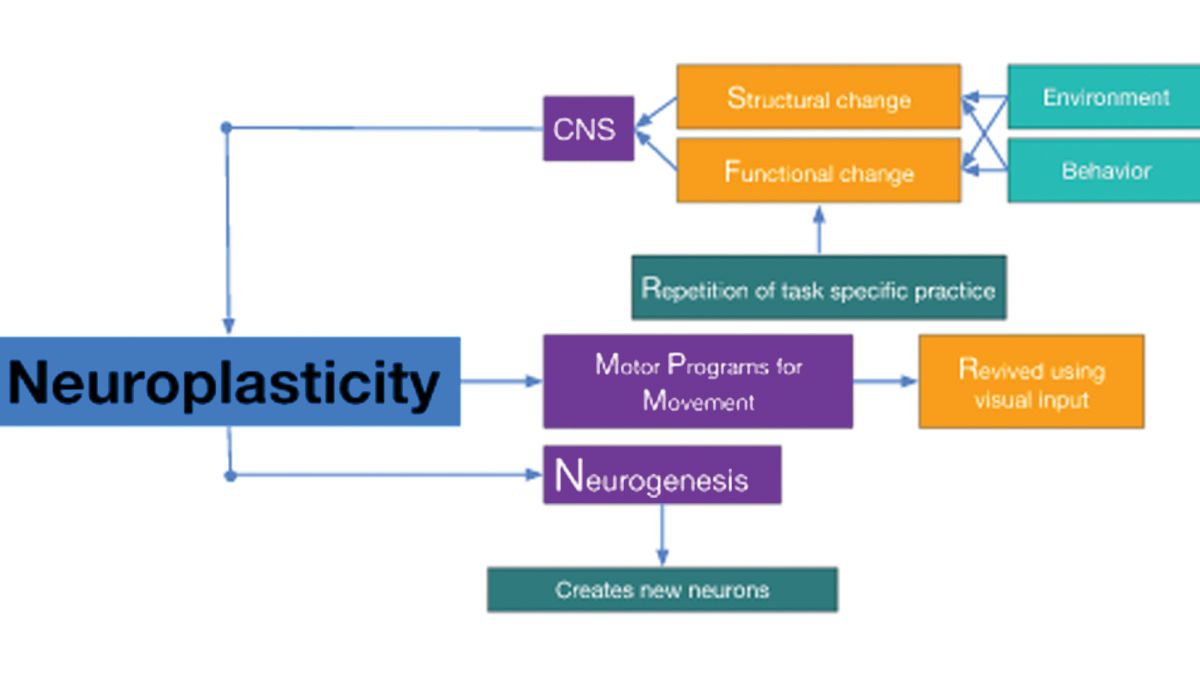 Faria, on the other hand, is a student of the IISR KSA and loves arts and fashion designing. Here’s what she says – “I’d like to incorporate my passion with STEM to innovate unique apparels that help create solutions for a variety of problems. My idols include my mother and my brother. Sir Albert Einstein also inspires me. His quote, ‘Imagination encircles the world’ motivates me to think differently. I’m also an athlete. I was able to bag some medals at the India-Saudi Chapter CBSE Cluster Meet.”

The brother-sister duo believes that winning an award in the Google Science Fair would undoubtedly be a huge step towards making a significant difference in the lives of those who are paralysed. It’ll bring them one step closer towards making hand disabilities less alarming.

Faria Zubair and Zain Ahmed will be attending the Google Science Fair from July 26-29 this year.      --- Zainab