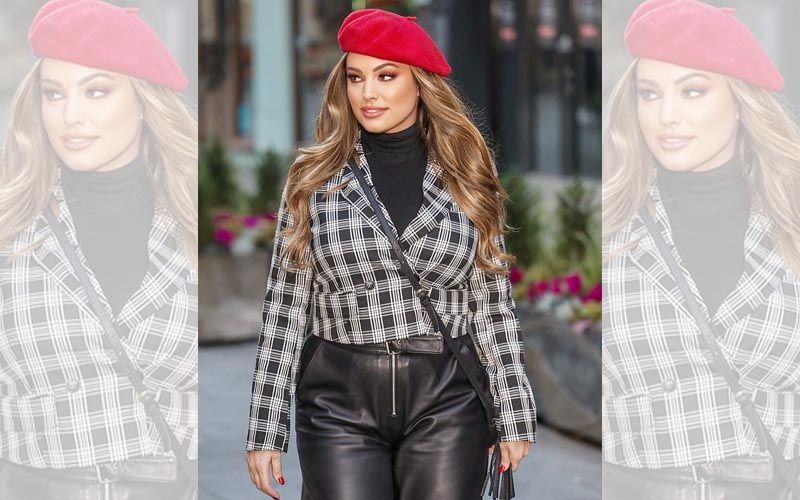 Former glamour model Kelly Brook says she never feels sexy as she is more of a goofy clown and is embarrassed to be regarded as a sex symbol.

"I've never felt sexy in my life. I'm the happiest I've ever felt in my own skin, but I don't wake up every day feeling sexy. I feel that is something that is projected on to me rather than how I actually feel about myself," Brook told Closer magazine.

She added that she got quite "embarrassed" about it even when she was a glamour model.

Brook said: "It paid the bills but it was weird for me. Twenty-one was never really a sexy girl -- I'm a bit more of a geeky, goofy clown."

The model, who is in a relationship with actor Jeremy Parisi, says she has been working to lose the weight she gained during lockdown, though she does not want to be "skinny" again.

"When I look back at my younger self, I'm like a skinny stick. But then I think, 'Oh that was the time I went through that break-up, or that was the time my father passed away...' They weren't happy times. You just don't want to eat. I did eat, I just couldn't put on weight," she said.

Brook was at her "curviest" best when she was 16.

"Weirdly, when I've been at my curviest at a size 16, I've been at my happiest. I was living in Kent with Jeremy, having gin and tonics and roast dinners and playing with my little ducks in the country," she recalled.    - IANS