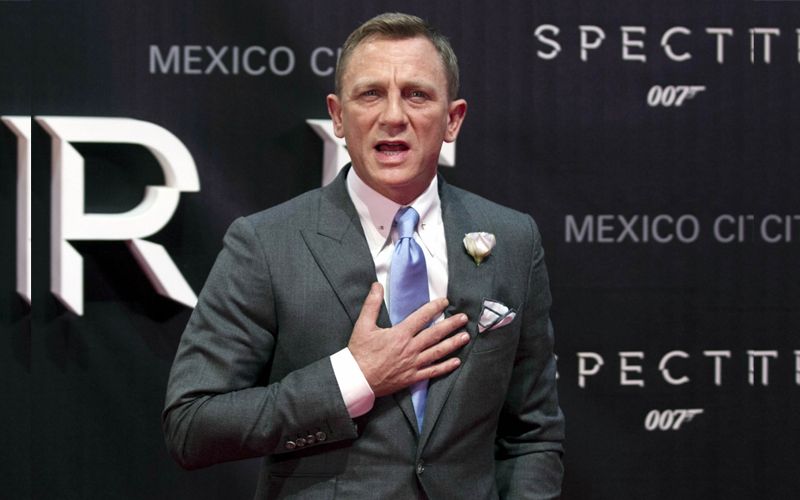 Daniel Craig, who plays the famed fictional British spy James Bond, had a face-to-face meeting with real life spymasters during his visit to the Central Intelligence Agency's (CIA) headquarters in Langley, Virginia.

The visit was part of CIA's 'Reel vs. Real' event, which was recently launched by the agency to "demystify the CIA's mission by comparing what's seen on TV to what happens in reality".

According to CIA's official blog, the 50-year-old actor met with their leadership and workforce and was apprised that "real life espionage is a lot more 'cloak' and a lot less 'dagger' than presented in the entertainment world of spy vs spy".

"During conversations with CIA subject matter experts, Mr Craig learned about the many facets of intelligence collection and how our five directorates work together to advance CIA's mission," stated the blog.

"Later, during an engagement with the Agency workforce, Mr Craig remarked about the teamwork that goes into the intelligence cycle and how impressed he was with the commitment and dedication of CIA officers," it added.

Craig is currently gearing up for his fifth and final outing as James Bond in yet-untitled film which will be directed by Danny Boyle. He has already played Bond in "Casino Royal", "Quantum of Solace", "Skyfall" and "Spectre".

Last month, CIA had hosted the cast of hit FX show "The American" at its headquarters for a panel discussion.

Joe Weisberg, a former CIA officer and creator of "The Americans", had moderated the discussion and the panel also included the show's main stars Keri Russell, Matthew Rhys, and Costa Ronin.

"The Americans", which finished its seventh and final season recently, revolved around two Soviet spies pretending to lead a normal life in the US at the peak of the Cold War.    - PTI