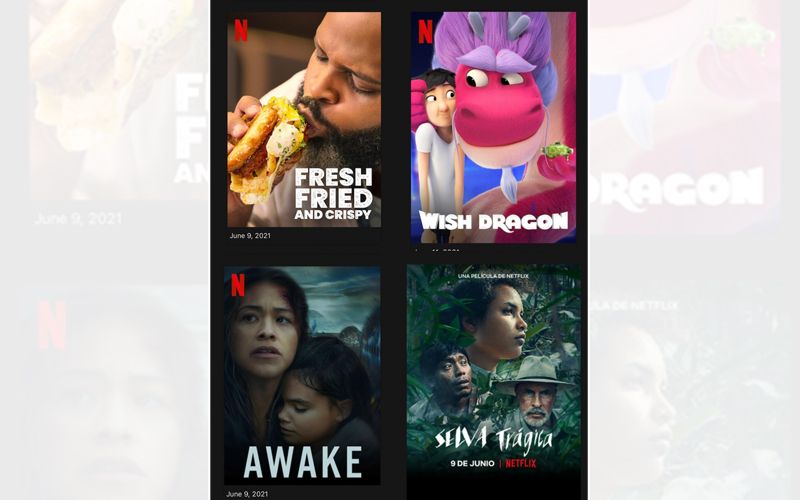 With the current lockdown in most parts of the country, the digital platform is booming with content for audiences to watch in the comfort of their homes. Every week sees new films and web series launch on various OTT platforms.

Here’s a look at some films shows and filmsthat are scheduled to drop in the digital space this week.

The sci-fi action drama imagines an era when people have lost their ability to sleep and a global tragedy has destroyed all electronic equipment. A former soldier and her daughter look for an urgent solution.

A woman who flees to thew Mayan jungle to evade a forced marriage is shocked to learn that she is in the midst of unimaginable dangers, where nature, humans and the supernatural threaten life.

Food critic Daym Drops goes around checking the best stops for fried delights. From crispy pork chops in Birmingham and deep-fried Oreos in San Diego to lump crab cakes in Baltimore, Drops, whose food reviews on YouTube enjoy over 250 million views, highlights the pick of fried food, from the streets to the high-end eateries.

The animation film is a reimagination of the genie-in-bottle fable. Din (voice of Jimmy Wong) is an average teenager and Long (John Cho) is a dragon who can grant wishes. The set out in pursuit of Din's childhood friend Lina (Natasha Liu Bordizzo).

The film is about a tribal teenager in Rajasthan. She discovers skateboarding after a British-Indian girl introduces the sport in her village, and becomes passionate about it.

The film is an action thriller set against the backdrop of an inter-cast romance that sparks off communal riot. Krishna is in love with Pushpa but their story is in for an explosive consequence in their village.