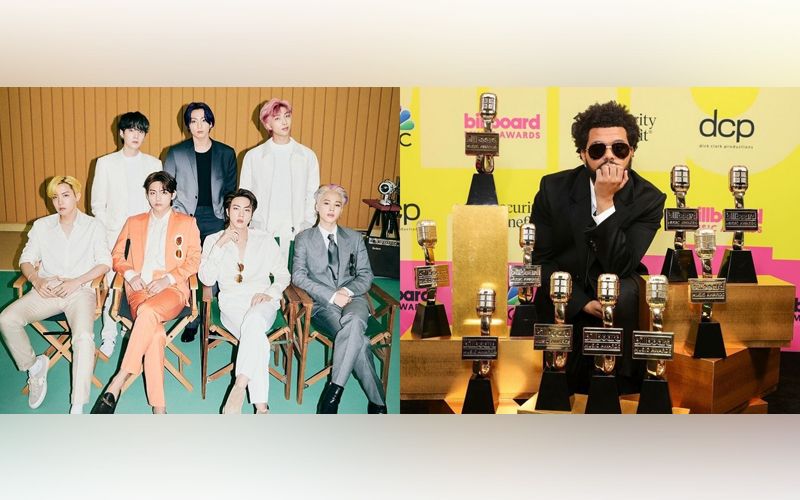 Canadian singer-songwriter The Weeknd won big at the Billboard Music Awards that took place at Los Angeles, on May 23. He won a total of 10 awards from 16 nominations, while the Korean boy band sensation BTS won all categories nominated for and Puerto Rican rapper Bad Bunny also won multiple awards.

Rapper Drake was named the artist of the decade. He accepted the award with his 3-year-old son. Singer-songwriter Pink received the Icon Award and was joined on stage by her 9-year-old daughter.

He also performed his song "Save Your Tears" in the parking lot, later in the show.

"I'm gonna try to keep it together, as best I can," she said according to etonline.com. She laughed as she held back tears. "I wasn't supposed to mess up my makeup, so I gotta play it cool now. This means so much to me. I've been performing for 10 years, really hard...we've worked so hard to get here," she added.

Singer Machine Gun Kelly won the Top Rock Artist awards. According to hollywoodreporter.com, he said: "First big stage I've been invited to, to accept an award on. I just want to say to the dreamers who are going to be tested by reality he way I was. Suspend logic and invite magic. If five years or 10 years or 12 years would have been too long waiting for this moment, then I wouldn't be having this moment. So just show the universe that it can't take a dream from you."