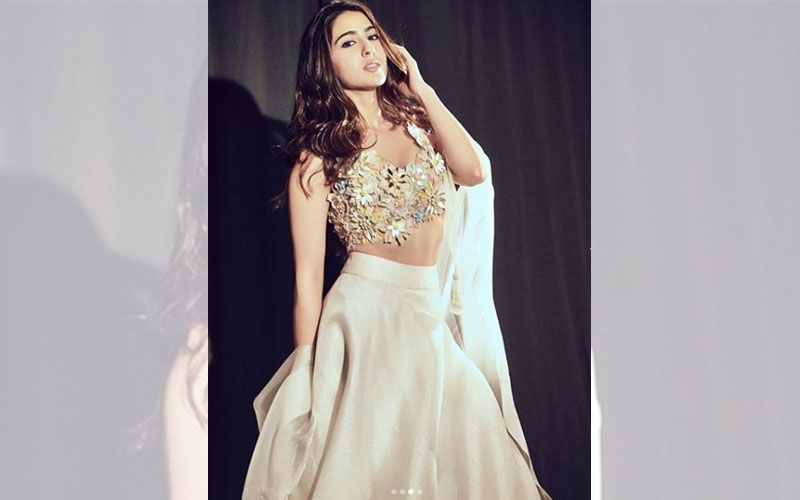 Debutante Sara Ali Khan, who is all set to make her debut in the world of Bollywood wither upcoming flick Simmba opposite Ranveer Singh and Kedarnath, says that she has a neutral approach towards competition when it comes to other star kids such as Janhvi Kapoor. Sara is the daughter of Bollywood stars Saif Ali Khan and Amrita Singh while Janvhi is the daughter of late actress Sridevi and Boney Kapoor. Janhvi has already made her debut earlier this year with the film Dhadak opposite Ishaan Khatter.

Sara addressed the media during the launch of the Kedarnath’s trailer on Monday. She was asked if she feels the pressure to win the Best Debutante Award over Janhvi this year, she responded, "All of us are here to do our job and no one can decide anything on what is going to happen next. I think she has done a fantastic job in 'Dhadak'. I watched the film and I loved it. People loved her work. I hope people will like my work too."

She also mentioned that her parents made sure to emphasize that she must finish her education before entering Bollywood, saying that, "My father wanted me to finish my studies before entering the film industry. My parents were supportive all through (for me) to work in films, but education was a priority. But when I heard the story of 'Kedarnath', I loved the script so much that that time nobody could have stopped me from doing the film. I was in love with the story. So they also did not stop me, and rather supported it."

The media asked Sara about her mother’s reaction to her performance, to which she explained, "I think it would be very difficult for my mom to be unbiased because I am her baby. She will love everything that I do. I also look like her, so you know, she wishes me the best and she hopes that the audience loves my work."

The movie is set to release on December 7th, with Simmba releasing soon after on December 28th. Talking about feeling pressure she said, "Yes, we can say that there is a pressure because two films are on the row, but there are some advantages also which I cannot deny. I have got two films and I am really lucky to ask for work from filmmakers like Abhishek Kapoor sir and Rohit Shetty sir. I have tried my level best to justify the opportunity.”

When asked if she got tips from her step-mother Kareena Kapoor Khan, who is a leading lady in Bollywood, Sara said, "Kareena is a very professional lady and the way she works with so much dedication is very amazing. So I would love to imbibe her professionalism."

"I stay with my mom so she tells me what to wear on which occasion and keeps giving me tips on how to take care of myself."