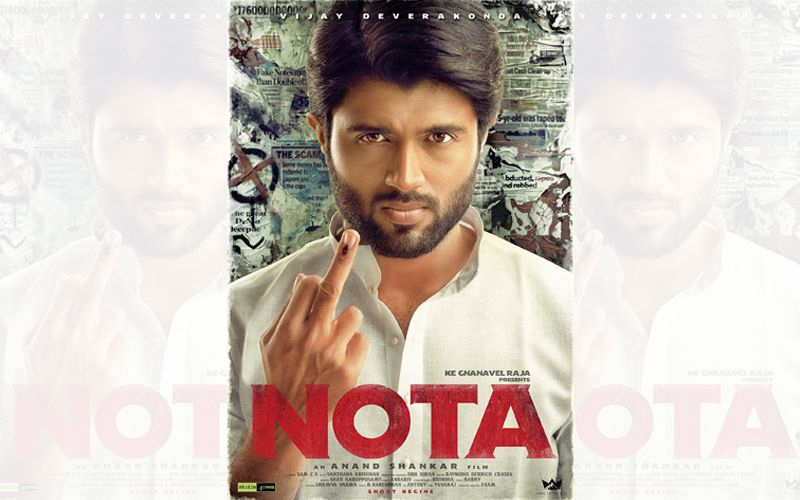 Latest Tollywood sensation Vijay Deverakonda will be seen in a bilingual political film "NOTA", directed by Anand Shankar and produced by K.E. Gnanavel Raja. The makers of the film unveiled the trailer.

Vijay has garned popularity with his performance in the romantic film "Pelli Choopulu". Then with his bold performance in one of the biggest and controversy-churning blockbusters of Tollywood, “Arjun Reddy” he established himself as an actor with immense talent. This time we will see him as a very powerful politician in "NOTA". The film also features Mehreen Pirzada, Sathyaraj, Nassar, Priyadarshi Pullikonda in pivotal roles. This film will mark Vijay's debut in the Tamil industry. It will also be released in Telugu.