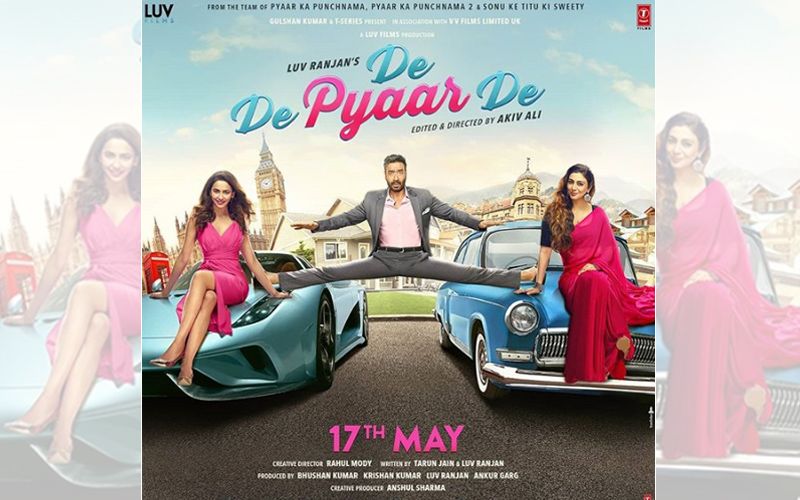 Talented actor Ajay Devgn will be seen in a romantic, comedy film "De De Pyaar De" with Rakul Preet Singh and Tabu. The makers of the film have unveiled trailer.

This romantic project is directed by Akiv Ali and produced by Bhushan Kumar, Luv Ranjan, Ankur Garg and Krishan Kumar. Ajay took to instagram and shared the poster with the caption, "Don't try this at home! #DeDePyaarDeFirstLook”.

On the workfront, Ajay Devgn will be seen in the historic film “Taanaji: The unsung Warrior”.  In this historic drama film, Ajay will be seen playing the role of Tanaji Malusare, who played a vital role during the Battle of Sinhagad in 1670 AD.