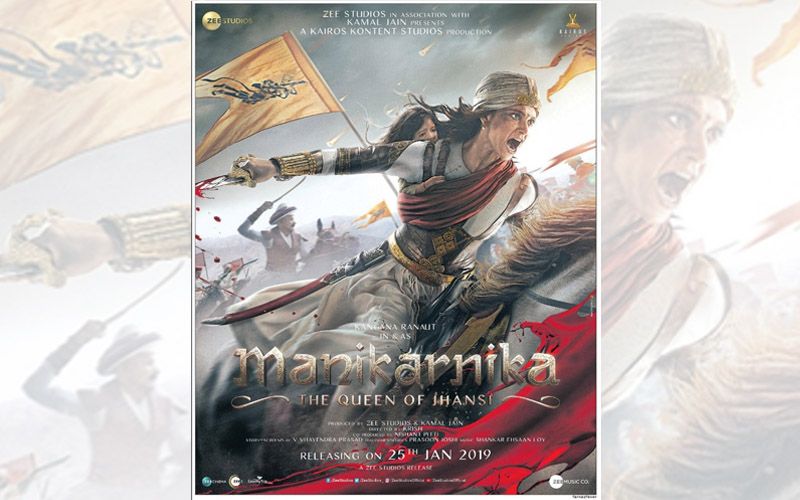 The makers of the much anticipated movie "Manikarnika - The Queen of Jhansi" starring Kangana Ranaut have unveiled the teaser.

The film is directed by Radha Krishna Jagarlamudi and produced by Zee Studios and Kamal Jain. "Manikarnika - The Queen of Jhansi" is based on the life journey of Rani Laxmi Bai of Jhansi.

The film shows how she fought a war against the British East India Company in the year 1857 during the Indian Rebellion. In this epic film, Kangana Ranaut will be seen playing the role of Rani Laxmibai. Television actress Ankita Lokhande will be making her debut in Bollywood with this film.

"Manikarnika - The Queen of Jhansi" is slated to release 25th January 2019.