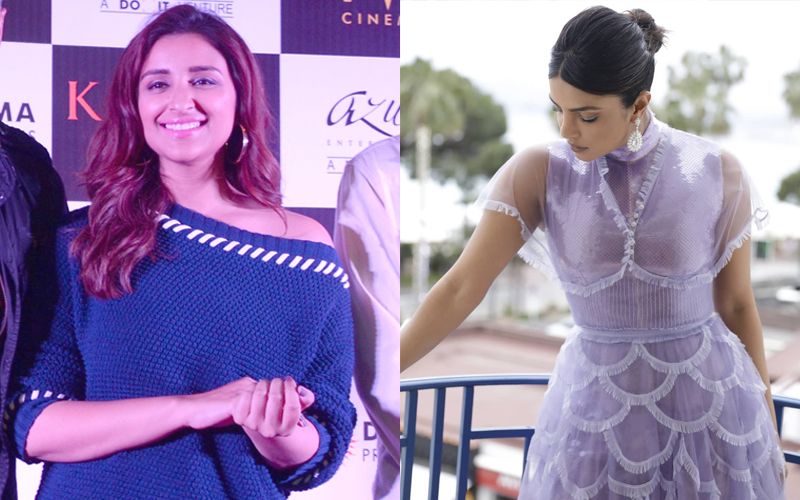 Actress Parineeti Chopra has said that she would love to do an action with her cousin sister Priyanka Chopra Jonas in future.

"We would love to do an action film together. We talk a lot with each other about working together in the same film but the subject of the film has to be correct," said Parineeti, when asked if she would like to do a film with Priyanka.

Parineeti was interacting with the media in Mumbai, at the launch of the song, "UP hile zilla hilela", from her upcoming film, "Jabariya Jodi". Her co-star Sidharth Malhotra and film's director Prashant Singh were also present.

In her new film, Parineeti dons a desi avatar. When the media pointed out that her cousin Priyanka was known as the original Desi Girl, she couldn't agree more. "I think in this industry and in this world, there could be only one Desi Girl. I will not try to compete with her (Priyanka Chopra) but Sidharth and I are really desi in this film. I think there is one and only desi girl and nobody can take her place," she said.

Parineeti Chopra and Sidharth Malhotra earlier worked together in "Hasee Toh Phasee" and the big-city audience loved their chemistry in that film.

"Jabariya Jodi" is set against an entirely different backdrop than the urban landscape of "Hasee Toh Phasee", and Parineeti admitted she was apprehensive if the audience would accept their new film.

"Honestly, before the trailer of this film (was launched), I was bit worried. It's totally a new world and we didn't know if "Hasee Toh Phasee" lovers would accept us or not. However, we are actually excited and motivated after the response to the trailer, because the kind of feedback we are getting is really positive. So, now our fingers, legs and arms are crossed. I hope that on August 2, there will be the same madness in the theatres."

The plot of "Jabariya Jodi" revolves around Abhay Singh (Sidharth Malhotra), who is famous for gets forced weddings done. He is a badass until he meets and falls in love with Babli Yadav (Parineeti Chopra), who has political ambitions. Apart from Sidharth and Parineeti, the film also features Aparshakti Khurana, Sanjay Mishra, Neeraj Sood, Gopal Dutt, Javed Jaffrey, and Chandan Roy Sanyal in pivotal roles, and is slated to release on August 2.   - IANS