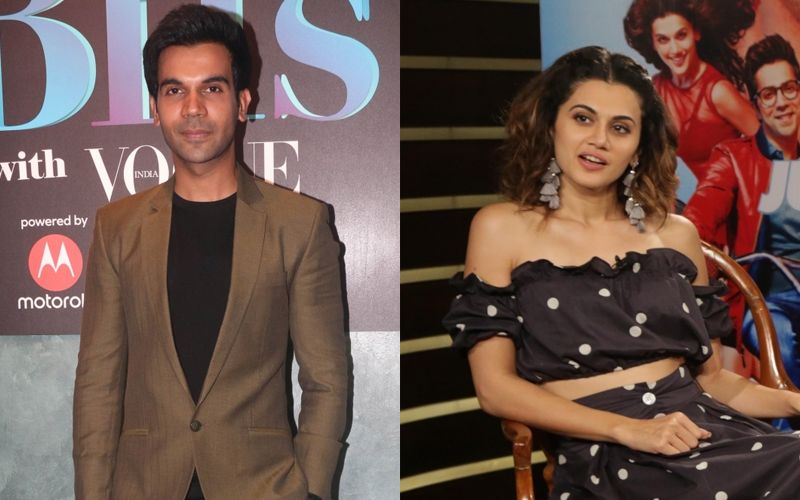 Be it National Award-winning actor Rajkummar Rao or actresses Taapsee Pannu and Shraddha Kapoor, they are ruling Bollywood by having multiple film releases.

"I would like to believe that I am not over exposing myself to the audience to bore them because I am offering variety as a performer," Rajkummar told IANS here.

He played the spine-chilling deadly terrorist in "Omerta" and a taxi driver in "Fanney Khan". He will be soon seen playing a tailor from Chanderi in "Stree".

"The only image I am trying to build is that of a versatile actor who works passionately in films that he believes in," he added.

He has finished shooting for "Mental Hai Kya" and his other film "Ek Ladki Ko Dekha Toh Aisa Laga" is slated to release next year.

Rajkummar is channelising his energy to establish his brand as an actor first rather than a star.

Taapsee, on the other hand, believes in the audience connection.

"I am still a newcomer as compared to the other heroines of the commercial zone, so I want my presence felt in films. Until every Indian, who is my audience, does not know me by my name and face and become my fan, I will be doing the number of films that will come my way. Of course, maintaining quality," Taapsee said.

"Now I am focusing on quality and quantity both. Until I am accepted by the greater number of audience that will translate at the box office number with Rs 200 crore business, I cannot relax," added the actor, who appeared in the short film "Nitishastra", and two Bollywood feature films "Soorma" and "Mulk" this year.

Her upcoming film "Manmarziyaan" will be releasing in September.

Shraddha, who is coming up with two films "Stree" and "Batti Gul Meter Chalu", said: "My film released last year, and this year within a month two films are releasing. So in a way, a year has gone by and I stayed away from my audience."

"Yes, since two films are releasing in a short span of time, it might sound like too much visibility but actually that is not true. I am confident that my fans will not get bored of seeing me in these two films because one is very different from the other," added the actress.

There are more actors who were seen in multiple films back-to-back. This year, actress Sonam Kapoor appeared in films "Pad Man" and "Veere Di Wedding". Actor Vicky Kaushal did "Love Per Square Foot", "Raazi" and "Lust Stories". Both Sonam and Vicky appeared in "Sanju".

Brand endorsement is one of the important parts of film stars.

Asked if over exposure to screen affects that image, Taapsee said: "When it comes to brand endorsements, I know it for a fact that all the endorsements that I am offered is only because of my girl-next-door image. I am not a diva, I know that. I also know that a young Indian girl of my age connects with me because of my work."

"So the audience connect is the value that I add to a brand and I am happy with that because at the end of the day, through films I want to connect to my audience."

Shraddha, who is now the face of a handbags brand, explained: "Any ad campaign that I get associated with is the extension of my belief and personality. So I think while the success of film opens doors for more film projects, brand endorsement has a lot to do with personality.

"Being a mainstream heroine, I know my fans and I cannot influence them to use a brand that I won't use in real life.

"Having said that, I do not think that appearing in a film once in a year is the best way to create desirability and distance for image building," added the actress.