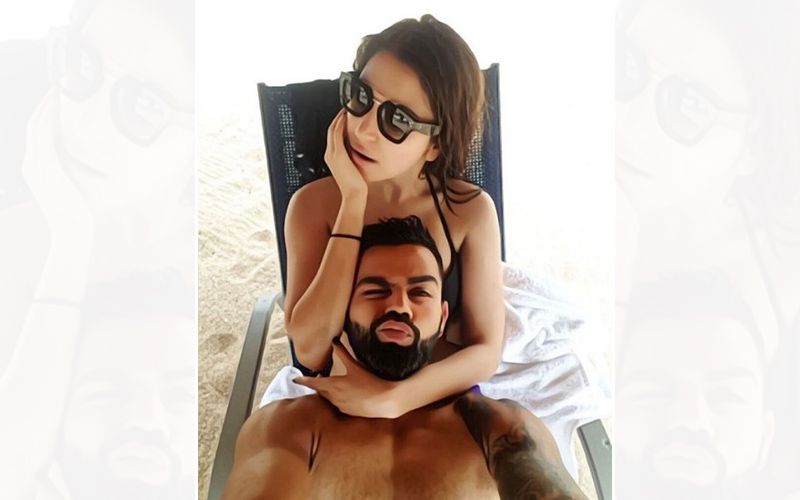 On Wednesday morning, Virat Kohli posted a selfie on Instagram where he can be seen lying with his head on wife Anushka's lap, who is sitting on a lounge chair on a sandy beach. In the selfie, which has the appearance of a watercolour painting due to a filter, Anushka flaunts a black bikini and shades. The actress seems to be staring at something while hubby Virat winks an eye looking at the camera and pouts for the selfie.

The picture appears to be clicked during Indian cricket team's recently concluded West Indies tour where Anushka had joined her skipper husband.

While most of the fans can't stop gushing, a few have trolled the couple. "When you're feeling romantic and wanna click, but bae can't stop checking out other guys," the user teased.
On the work front, Anushka was last seen in "Zero" alongside Shah Rukh Khan and Katrina Kaif.