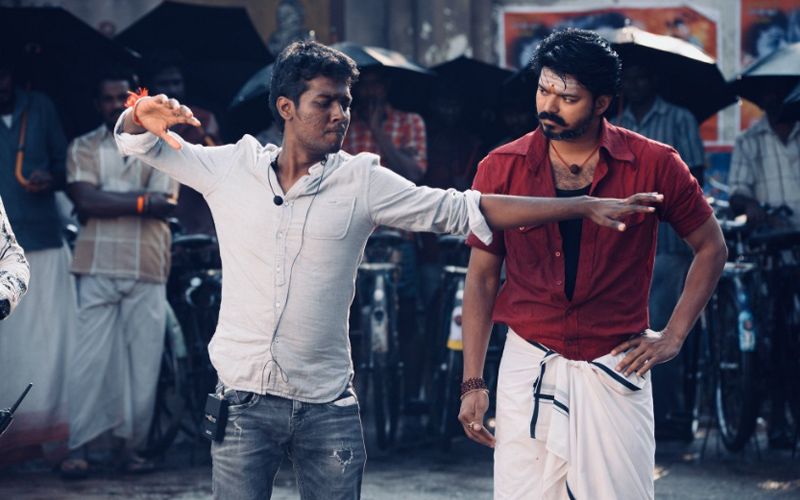 According to a latest gossip circulating on the internet, Tamil superstar Vijay will be seen playing a dual role in "Thalapathy 63".

This project is helmed by Atlee and produced by Kalpathi S Aghoram. In this movie, Vijay will be seen playing the role of a father and a son. It consists of a star-studded cast- Jackie Shroff, Nayanthara, Yogi and Vivek babu. The music for his film has been composed by A.R. Rahman.

The first look poster of "Thalapathy 63" will be unveiled on June 22nd, which is Vijay's birthday. It is slated to release for Diwali.