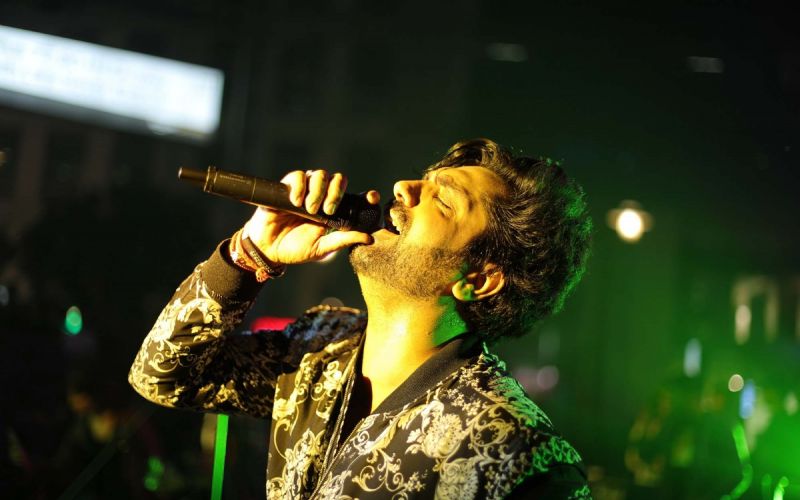 Singer Akhil Sachdeva has great respect for Vicky Kaushal, and says the National Award-winning Bollywood star is a self-made man.

The singer was happy that he got to sing the number "Channa ve" in Vicky's new film "Bhoot Part One: The Haunted Ship". It is picturised on Vicky and Bhumi Pednekar.

"I was absolutely thrilled, happy and excited when I came to know that my song 'Channa ve' is picturised on Vicky Kaushal," Sachdeva told IANS.

"I love Vicky as a human being, he is a self-made man and I can relate to him. It's the only song from the movie and it's come when the movie is at the most integral part. I am glad that the audience can connect to my song," he added.

Talking about the song, he said: " While singing I just forgot that I wrote and composed this song. Though it's a happy song but I have to sing in such a way that it sounds like a heart break song, so yes that was my crux and it's difficult for me to pull both the emotions at the same time."

Next, he is working on "some songs which are for web series".

"I can't take the names, because the official announcement is not done yet," he added.     - IANS