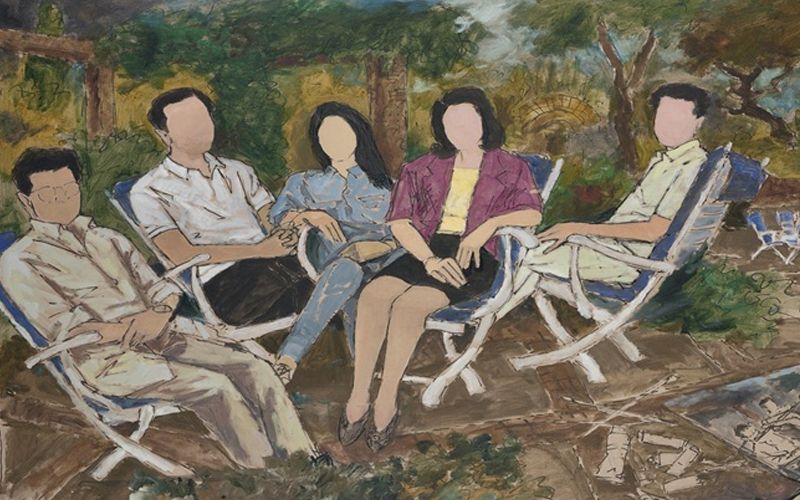 While works by the members of the Progressive Artists Group remain highly sought after, collectors are looking to diversify their collections with significant works by other celebrated names across the spectrum of Modern Indian art can find rare picks in the upcoming auction. All lots presented during the auction are offered without a reserve. Bidding for all artworks will commence at INR 20,000.

Commenting on the auction, Sneha Gautam, Vice President- Client Relations, AstaGuru, said, "AstaGuru's 'Collectors Choice' segment has quickly developed into one of the most anticipated auctions in our annual auction calendar, with each sale receiving an overwhelming response from collectors. The format has allowed us to present a broader perspective of Indian modernism by offering works across varied price points and ones that have been part of noteworthy collections. The auction offers several rare gems stretching the gamut of Indian modernism from M F Husain's - Homage to C V Raman - an abstract series celebrating the renowned Indian physicist, to Anjolie Ela Menon's inimitable take on Pieta - a subject touched upon by artists over centuries. The auction also features sculptures from leading artists including Somnath Hore, Prodosh Das Gupta and P V Janakiram."

Leading the sale is lot 156, S H Raza's, Bindu, acrylic on canvas work from 1982, an image that has become highly synonymous with modern Indian art. Over his illustrious career, Raza experimented with several modernist styles, however, he is best known for his celebrated Bindu series. Estimated between INR 80 lakhs - 1 crore (US$ 111,111 - 138,889), the presented lot has related connotations in Indian philosophy of being the point of all creation; the source of space, cosmos, time and consciousness. Raza developed and created numerous masterpieces with the motif of the Bindu being the central theme of the composition, and today these extraordinary works have become pivotal acquisitions in some of the most important art collections in India and across the world.

The auction includes several key works by one of India's most celebrated and prolific colourists, M F Husain. The exceptional works that are part of this curation offer bidders a comprehensive view of the mastery of the artist, and his insatiable desire to dabble with a range of styles, techniques, and themes. Lot 148, Family, acrylic on canvas, larger than life portrait of a family by Husain. What makes this artwork extremely rare, is the fact that the artist has included himself in the composition. The catalogue also documents an image of the artist next to the unfinished piece while he was still working on it. Estimated at INR 80 lakhs - 1 crore (US$ 111,111 - 138,889), this rare lot would make for a very fine acquisition for followers of the artist.

Another important work is lot 160, a set of two abstract works titled 'Homage to C V Raman', circa 1987, estimated between INR 10 - 15 lakhs (US$ 13,889 - 20,833). In these unique canvases, Husain takes a detour from the figurative paintings he is known for, and pays homage to Indian physicist C V Raman, known for his groundbreaking work in the field of Physics, with 'the Raman effect', and the first Asian to win the prestigious Nobel prize in the field of science. These rare works showcase a different side of the artist who was always addressing the matters of the world through his art.

The auction also features an Untitled, 1987, nude portrait of a woman (lot 136) by F N Souza, estimated at INR 30 - 40 lakhs (US$ 41,667 - 55,556). Unlike many of his portraits and head paintings, which are heavily composed of his unrestrained and graphic style, in the presented lot Souza captures the beauty of the female form with utmost grace and subtlety. The auction also includes an early Untitled, nude work by the artist from 1950, estimated at INR 6 - 8 lakhs (US$ S 8,333 - 11,111). In the current lot (lot 58), Souza's treatment of the female body is influenced by his study of ancient Indian culture and sculptures yet the face of the subject takes on more of a European influence.

Anjolie Ela Menon, Pieta, 1996, oil on masonite board, will be offered in the auction with an estimate of INR 40 - 50 lakhs (US$ 55,556 - 69,444). In this extraordinary work (lot 121), Menon captures the moment when Jesus was taken down from the cross but instead of mother Mary, she shows him resting in Mother Teresa's arms. She deftly captures the two subjects in her distinct figurative style and transforms a theme that has been recreated by artists over the centuries.

A tempera on canvas work by Ganesh Pyne from 2004 titled 'The Gardener' will be auctioned with an estimate of INR 40 - 50 lakhs (US$ 55,556 - 69,444). This highly detailed work (lot 72) features a bust atop a raised platform made of bricks placed in front of a large tree. The artwork is executed in Pyne's distinct style, where he draws from his personal experiences of solitude and pain that he endured early on in his childhood. His works lend an exceptional quality to them in terms of overall execution and line work, and always have an over looming sense of darkness and death. The artist's works have become highly sought-after at auctions with works witnessing growing demand with each sale.

Lot 66, KG Subramanyan, Untitled, circa 1960, is a rare large-scale work for the artist which has been executed with oil on a cloth and differs from his characteristic style. In a vibrant synthesis of the modern and the traditional, Subramanyan's works were inspired by varied sources including indigenous Bengali artistic traditions, Indian tribal art, folk symbolism as well as elements of European modernism such as cubism. Drawing from the rich resources of personal memories and mythical fables, the artists depicted women, children, objects and animals in a theatrical play of vibrant colours which gave his canvases a sense of magical realism. The present lot is estimated at INR 20 - 30 lakhs (US$ 27,778 - 41,667).

Lot 48, Manjit Bawa, Untitled (Man), circa 1980, will be offered in the auction at an estimate of INR 40 - 60 lakhs (US$ 55,556 - 83,333). This exemplary work, executed in Manjit Bawa's signature style, features a play on colour tones, the subject and the background are in sync with each other. Another important attribute of the work is its single figure composition. Another imperative work in the auction is J Swaminathan's seminal Untitled, oil on canvas from circa 1960, estimated at INR 10 - 15 lakhs (US$ 13,889 - 20,833). This extraordinary work has been part of several important exhibitions and has also been published.

The auction also features several key works originally from the collection of Davida & Chester Herwitz, who were important patrons of Indian art and were supportive of the modern movement in India at its very conception. Important works from the collection by artists including M F Husain, Shamshad Husain, K Laxma Goud, and Sohan Qadri will feature in the auction.

The Modern Indian Art - Collectors Choice auction, will take place online on 20 - 21 November 2021, and the entire auction catalogue can be viewed on AstaGuru's website, www.astaguru.com.            - IANS

Also read: Between Art and Fashion