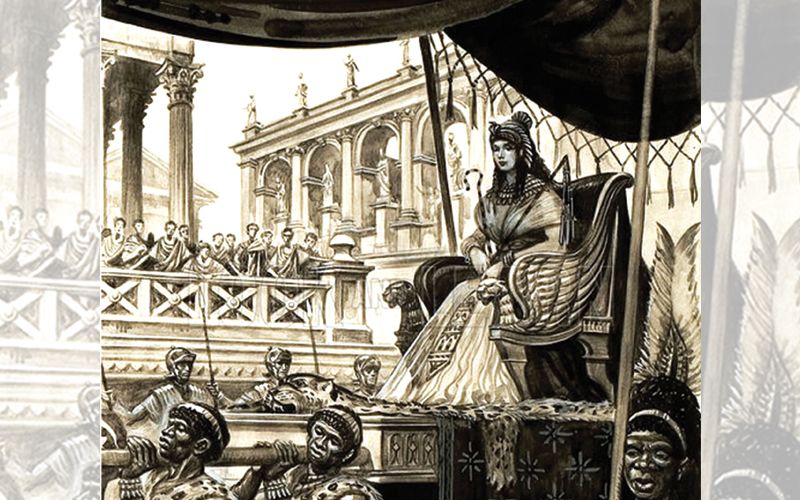 The entire practice of one people ruling another began with one civilisation making the move to conquer a neighbouring land. The ripple effect of this very act led sovereigns to move from place to place, extending their rule from one foreign land to the next. Keeping in tune with the trend of evolution, the many varied civilisations developed and achieved progress in a variety of fields. And this expansion was only able to continue because of developments in the areas of travel and transport. While this practice has thankfully lessened over time, this month we look into the modes of transportation for distances – both short and long – that have defined and redefined the world we live in today.

The life of a monarch or head of state has been one of rules, responsibilities, and restrictions. But there’s no denying that it is quite a luxurious life to lead as well, including getting around in extravagant vehicles. Whether it’s being transported on the back of a decked up and armoured animal such as an elephant, camel or horse, or speeding down the tracks in a coal-fuelled train, the choices were undeniably varied. Here are few of the many grand forms of travel that have carried both royalty and commoners, some no longer in use and others that have evolved with time.     – Roshni

Palanquins
Truly a sign of luxury and fortune, the palanquin has been seen in a variety of versions throughout the globe. Whether it was called a palki in India and Bangladesh, litera in Spain, sedan chair in Britain, gama in Korea, lectica in Ancient Rome, kago in Japan or tahtırevan in Turkey, the concept was the same while the design varied. Palanquins or litters consisted of open chairs and a compact bed or a small compartment that was hoisted by two or more carriers. In ancient Egypt, India, and China, the usual practice was to carry rulers and their many forms of religious idols in them as part of processions, festivals, and ceremonial events. 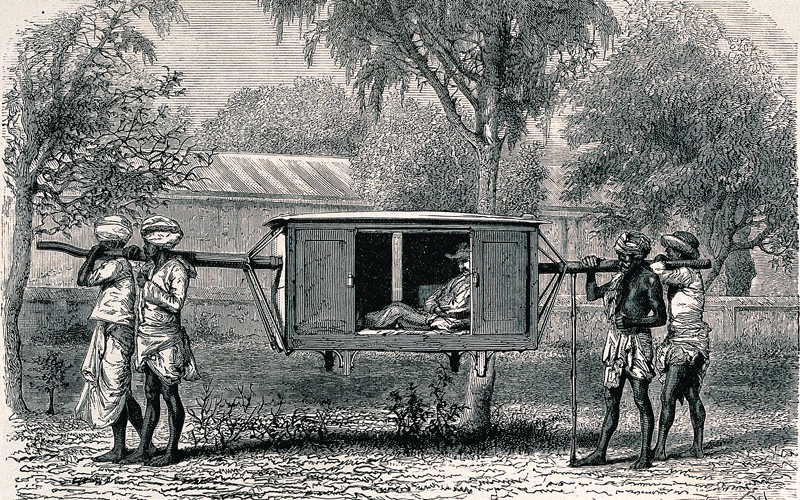 Yet another version of this was seen in the Catholic Church, when the Pope would be carried in a sedia gestatoria or a gestatorial chair. The practice of carrying Popes on this ceremonial chair lasted till 1978, when it was replaced by the Popemobile. These litters were decorated in accordance with the geography in which it was used. 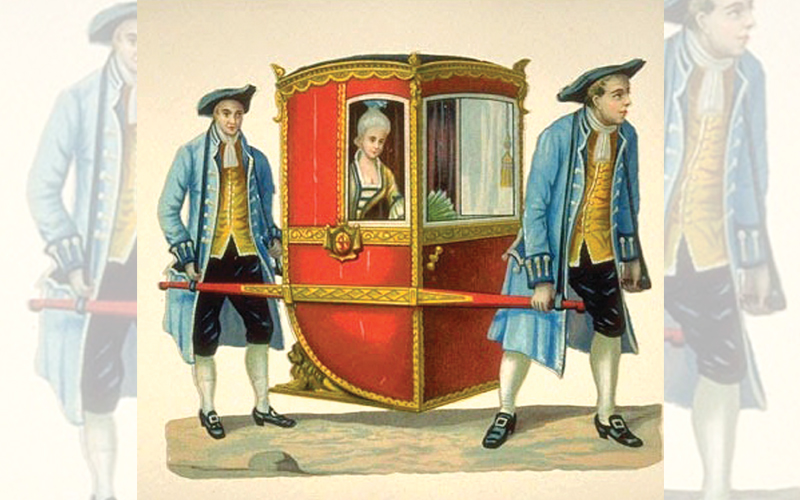 While the large Japanese litters were luxuriously decorated with sliding doors for privacy, and carried by four strong bearers, some of the Indian versions would be adorned with silver, gold, orgprecious stones, velvet seating, and Persian carpets. No longer as prominent, this mode of transport is at times employed for the effect of grandeur in weddings, and as a dolly service for pilgrims heading to Sabarimala.

Chariots
This was a light carriage on two wheels drawn by two or more horses. It would often carry two people and the charioteer, and the hunter or fighter would either be equipped with javelins or bow and arrows. Initially used for ploughing and transport, the chariot was later considered the primary choice for a military transport in Eurasia around 1700 BCE and 500 BCE. However, it was also used for hunting and sporting events during the Olympic Games and Roman Circus Maximus, a chariot race track in Rome which was established in the 6th century BCE. 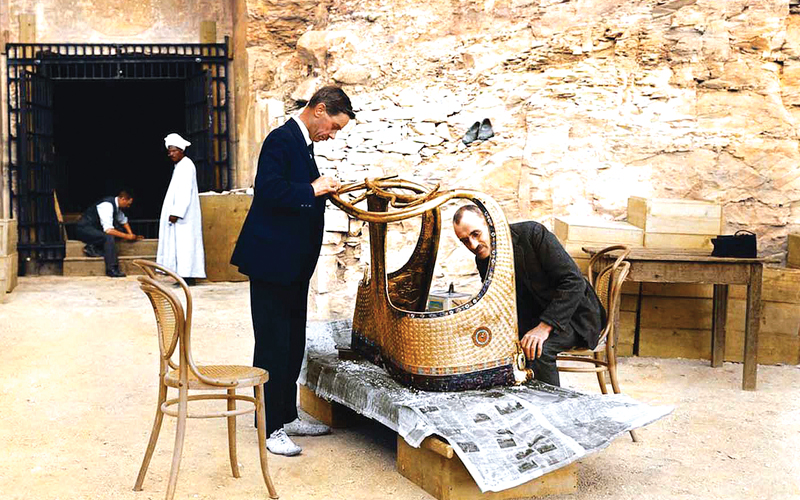 The chariot proved as an advantage during warfare, as it allowed soldiers to stay on the move while they shot at their enemies. The practice was gradually replaced by riding the horse directly during battles. 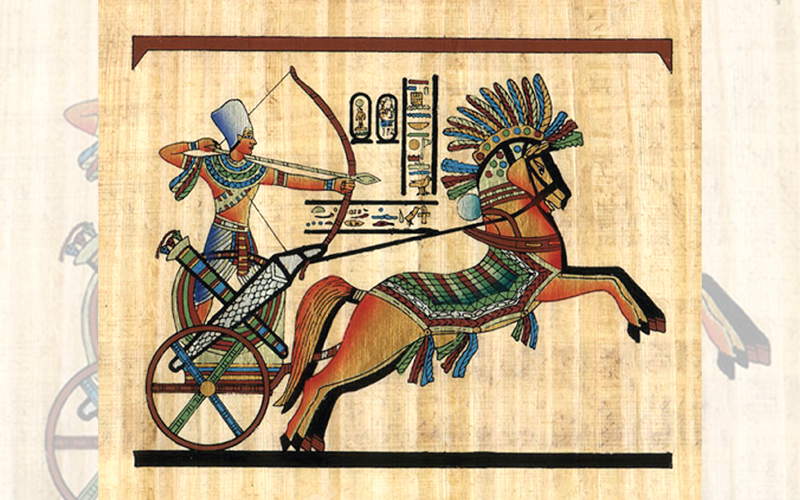 Nevertheless, horse-drawn vehicles continued to evolve in the form of carriages which were used for royalty and their guests. Not only would the buggies be carved and painted with exquisite patterns and designs, the steed would be decked up as well. While no longer a chariot speeding into war, horse-drawn carriages are still used as tourist attractions, albeit in very few parts of the globe.

Ships
Known for separating and uniting many civilisations, the sea and its vessels have played an important role in human history. Be it warships or passenger vessels, there are millions that have traversed the vast waters and even sunk to the very bottom of the unseen ocean bed. One of the earliest forms of warships was the triremes, which were used by the ancient Mediterranean, Phoenician, Greek, and Roman civilisations. It consisted of a galley with three rows of oars, with one man at each oar. 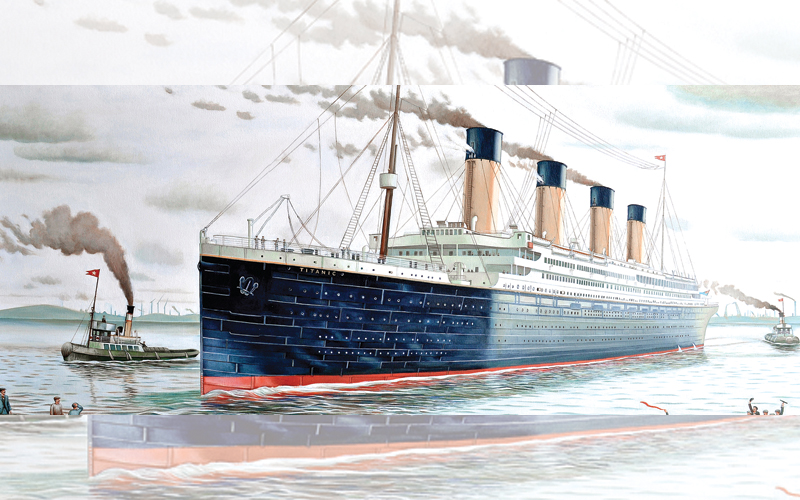 Moving forward, one of the most famous warships in the history of France was the Soleil Royal, which was equally beautiful as it was deadly. Adorned with decorations, the 200-foot ship that was mainly propelled by the wind in its sails also housed a total of 104 guns. A few of the other renowned ships witnessed by history include the Santa Maria, a slow and rather unimpressive Spanish vessel. Yet it was what brought Christopher Columbus to the New World.

But taking its place as the most famous ship ever, is a luxury liner that was destined for too early a doom. The British luxury liner RMS Titanic, the largest and fastest passenger ship of its time, sank on its maiden voyage, five days after it set sail for North America in April 1912. 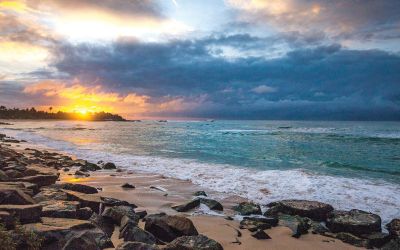