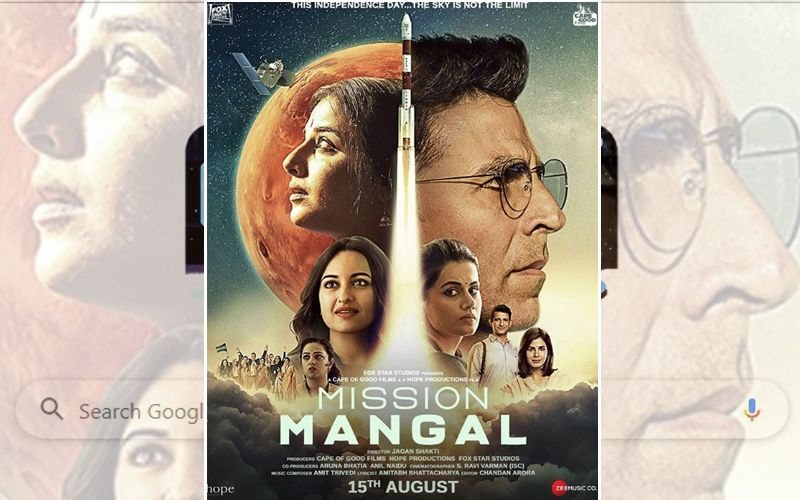 The trailer of one of the most awaited movie "Mission Mangal" starring Akshay Kumar, Vidya Balan, and Sonakshi Sinha is out.

Early this month, the makers of the film unveiled the first look poster and now they released the trailer. It is slated to release on 15th  August 2019. Akshay took to his instagram and shared the poster with a caption, “Ek kahaani, jisne Indian space science ki paribhasha hi badal di! Get ready for the #MissionMangal Trailer, coming on 18th July. @taapsee @aslisona @balanvidya @sharmanjoshi@nithyamenen @iamkirtikulhari@foxstarhindi #CapeOfGoodFilms #HopeProductions #JaganShakti @zeemusiccompany”.