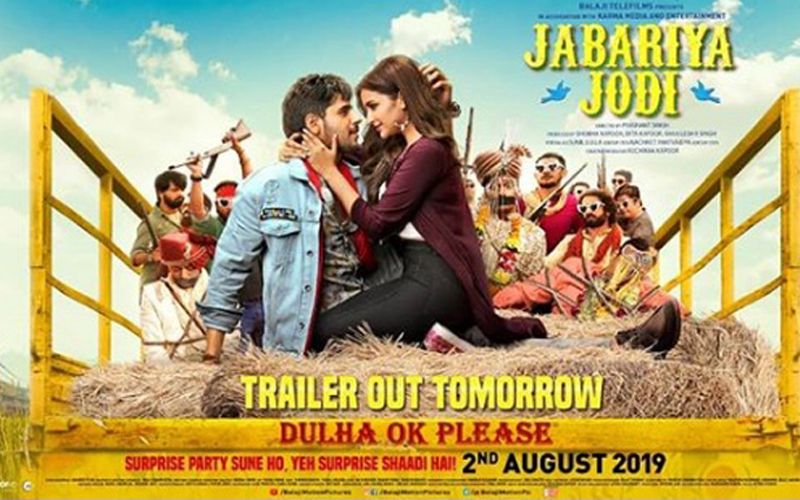 Sidharth Malhotra and Parineeti Chopra will be seen together in a comedy film "Jabariya Jodi". The makers of the film have unveiled the trailer.

"Jabariya Jodi" is directed by Prashant Singh and produced by Shobha Kapoor, Ekta Kapoor and Shailesh R Singh. This film is based on the theme of groom kidnapping, which is a common practice in Bihar. In this movie, Sidharth is playing the role of a Bihari thug. In this film, Sidharth plays a character of an entrusted man who is successful in kidnapping of grooms. On the other hand, Parineeti portrays the role of  a stubborn lover.