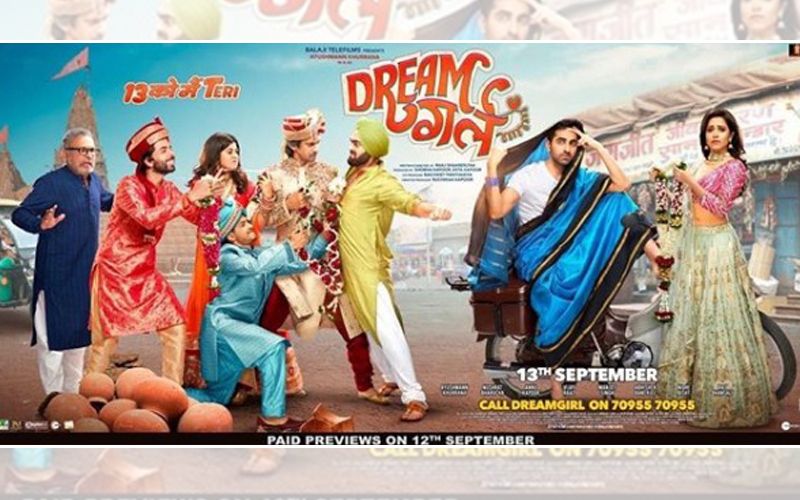 Bollywood's talented star Ayushmann Khurrana is once again gearing up to entertain viewers with a romantic, comedy film "Dream Girl". The makers of the movie have unveiled the trailer.

This family entertainer is helmed by Raaj Shaandilyaa and produced by Ekta Kapoor, Shobha Kapoor and Nachiket Pantvaidya. Actors who will share screen space with Ayushmann in this film are: Nushrat Bharucha, Manjot Singh, Annu Kapoor, Sumona Chakravarti, Vijay Raaz and Nidhi Bisht. The storyline of "Dream Girl" revolves around Ayushmann, who is desperate to find a job. The story unfolds itself when he ends up as the only male employee in a female call centre. In this film, he will be seen in a female role named pooja.

The trailer surely will leave us wanting for more. This wholesome entertainer is slated to release on 13th September 2019.