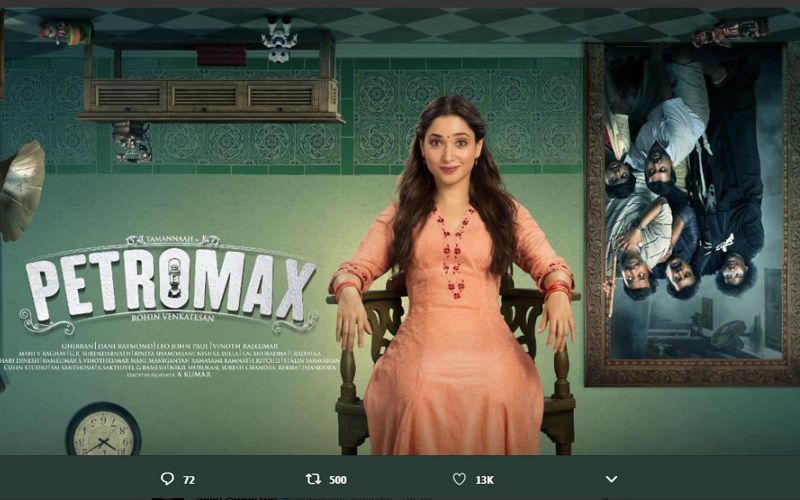 Tamannaah will be seen playing the lead role in a horror film "Petromax ".

It will be released in Telugu and Tamil. This film is helmed by Rohin Venkatesan. The makers of the film have unveiled the first look. Kajal Aggarwal took to twitter and shares the news of this upcoming film. She shared the movie poster and wrote, "Excited to share the First look of @EaglesEyeProd presents #Petromax starring @tamannaahspeaks.Best wishes team.@rohinv_v @iYogiBabu @kaaliactor @tsk_actor @premkumaractor @GhibranOfficial @DaniRaymondJ @leojohnpaultw @meevinn @onlynikil @DoneChannel1 @thinkmusicindia".