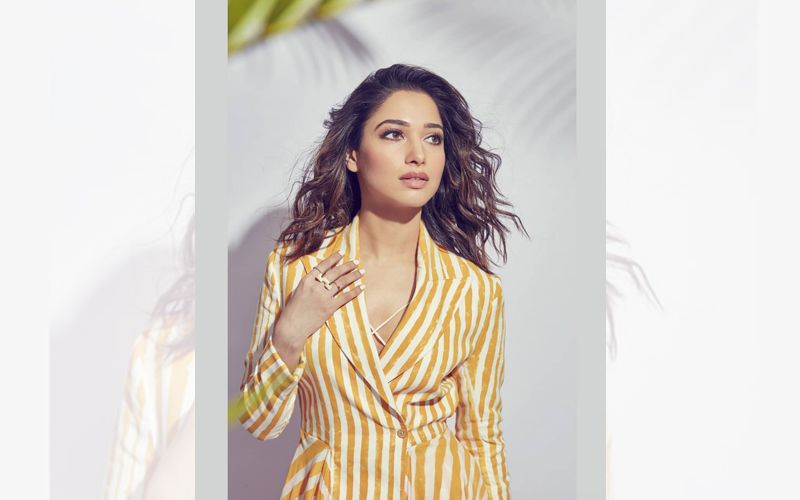 Tamannaah Bhatiahas been roped in to play the female lead opposite Nawazuddin Siddiqui in a romantic drama, Bole Chudiyan. The film will be directed by debutant, Shamas Nawab Siddiqui who is Nawazuddin’s brother.

The film is all set to begin in July and will be shot in just 45 days. Ace filmmaker, Anurag Kashyap will play a key role in the film.Talking about the film, Tamannaah said, “This will be the very first time I will be attempting such a multi-layered character in a mainstream Bollywood film. What really caught my attention was the storyline, which is on an issue that grips society at large even today. My character is authentic and quite contrary to what I am in reality, it’s something I will be experimenting with for the very first time.”

Tamannaah is riding on a high post multiple releases this year. In Tamil, she had KanneKalaimaane and Devi 2,  F2: Fun & Frustration in Telugu and Khamoshi in Hindi. Another two films, Chiranjeevi’sSyeRaa Narasimha Reddy and the remake of Queen, titled That Is Mahalakshmi are all set to release as well.