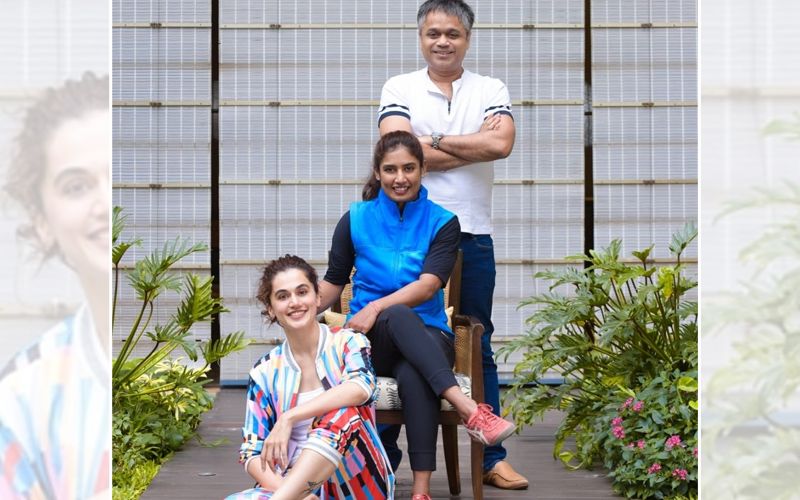 Actress Taapsee Pannu will be bringing the story of ace Indian cricketer Mithali Raj alive on the big screen with a biopic titled "Shabaash Mithu", which will be directed by Rahul Dholakia.

"It's truly an honor to play the role of India's most successful captain where women's cricket is concerned. Even though I have already started feeling the pressure of stepping in her shoes, I don't think I want to trade this place with anyone else right now," Taapsee said.

"She has always been brave and strong to back truth and her idols, and that is the connect I feel with her. The way she changed the way women's cricket is perceived and seen in India is truly a story worth telling...I look forward to working with Rahul Dholakia for this first of its kind story and to learn yet another sport which is treated as a religion in our country, cricket," the actress added.

On her birthday, Viacom18 Studio announced the title and team of the biopic. Talking about the biopic, Raj said: "I have always stood for and voiced my opinion for equal opportunity for women not just in cricket but across all fields.

Mithali Raj is a name that stands for women power in the world of Indian cricket."