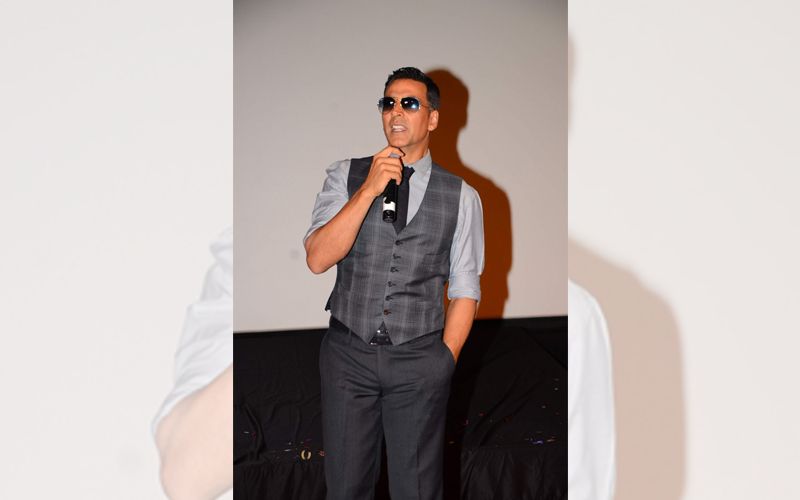 Actor Akshay Kumar has spoken out about gender equality, stating that strong women make the country stronger. The 3rd Lux Golden Rose Awards say many big-names speaking out over the topic such as Shahrukh Khan, Sidharth Malhotra, Rekha, Kareena Kapoor, Alia Bhatt, Varun Dhawan, Vicky Kaushal, Hema Malini, Zeenat Aman, and Madhuri Dixit-Nene. They, along with other celebs, were all attending the event to express their support to the United Nations’ #HeForShe campaign, which has been created to celebrate the contribution of women to society.

Akshay said: "When women are strong, families become strong and countries stronger. I am happy to be a part of a family which has many strong women like my mother, my wife, my sister and my mother-in-law.”, while SRK said, "These women have contributed to making me a better human."

Younger stars such as Nushrat Barucha, Janhvi Kapoor, Ada Sharma, Ishaan Khatter, Taapsee Pannu also attended the event to show their support. Janhvi even won the Lux Golden Rose Emerging Beauty Of The Year award. She revealed that the award was “encouraging”. She further added, “My parents have always maintained that a good artiste is a reflection of a good and honest person and I hope to prove myself by doing exactly that." Another award at the show, the Lux Golden Rose Iconic Beauty over the Decades award was won by Hema Malini.