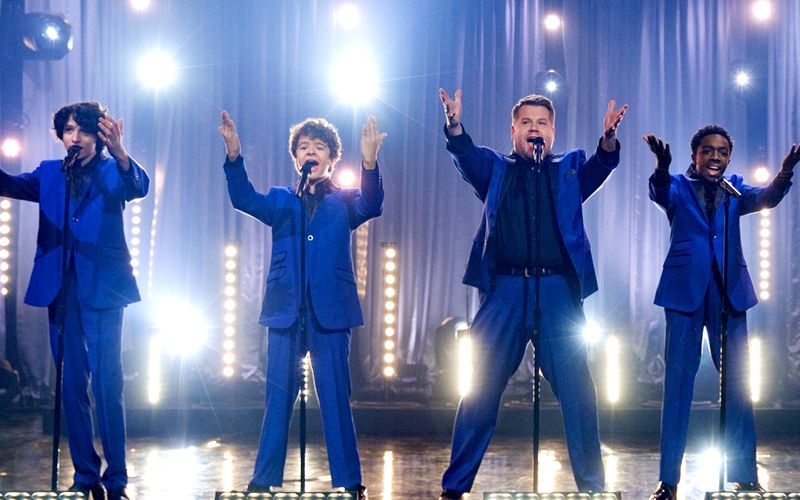 ‘Stranger Things’ cast Finn Wolfhard, Gaten Matarazzo, Caleb McLaughlin, and Noah Schnapp appeared on ‘The Late Late Show With James Corden’ in a hilarious skit which revealed that prior to being television stars, the boys were part of a Motown cover band with Corden called “The Upside Downs.”

.Wolfhard explained, "Some people thought it was weird that James hung out with us because he is an adult, but we actually went to school with him. Yeah, he was held back a couple of years but we were in the same grade."