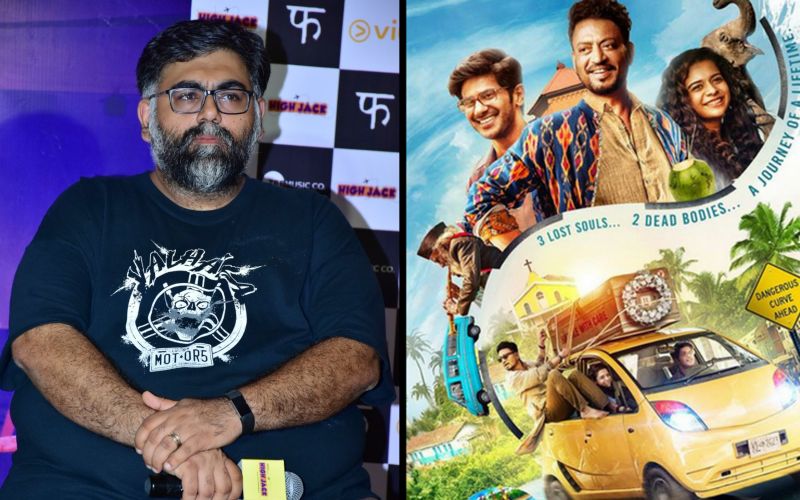 Akarsh Khurana, director of the forthcoming film "Karwaan" featuring National Award-winning Irrfan Khan, says he wrote the story four years ago and it is very close to his heart.

Akarsh, also an actor, wrote the story of the film when he got one-liner idea from filmmaker Bejoy Nambiar about the delivery of a wrong dead body.

"The story is very close to my heart. I developed the idea into a story with three main characters. It was quite an interesting process. Since we finished the first draft of the story four years ago, we kept updating the characters with time to keep them relevant. Our dialogue writer Hussain Dalal has done a good job," Akarsh told IANS here.

The story of "Karwaan" revolves around Avinash who receives the wrong dead body of his father and goes on a road trip to find out what happened in reality, and how during the journey, he meets people and faces situations that change his life.

Sharing his experience of working with two renowned actors - Irrfan and Dulquer Salmaan, Akarsh said: "It was a privilege to work with an actor like Irrfan Khan because when we were writing the story, we had no idea who is going to play the character.

"Also, it was great to work with Dulquer because being such a great star down south, he was so cooperative during the shooting. We worked really close."

The film has been shot within 35 days in places like Ooty, Bengaluru and Cochin.

"Shooting the film in a chronological order following the story was actually a good idea for us because that made our schedule easier. We did not have to do a lot of juggling with the dates of actors," he said.

Coming from a theatre background, Akarsh believes in maintaining happy vibe on the set of a film.

"In theatre, we do not earn a lot of money but we work out of passion, we work happily. I think positive vibes help to get a good work done," he said.