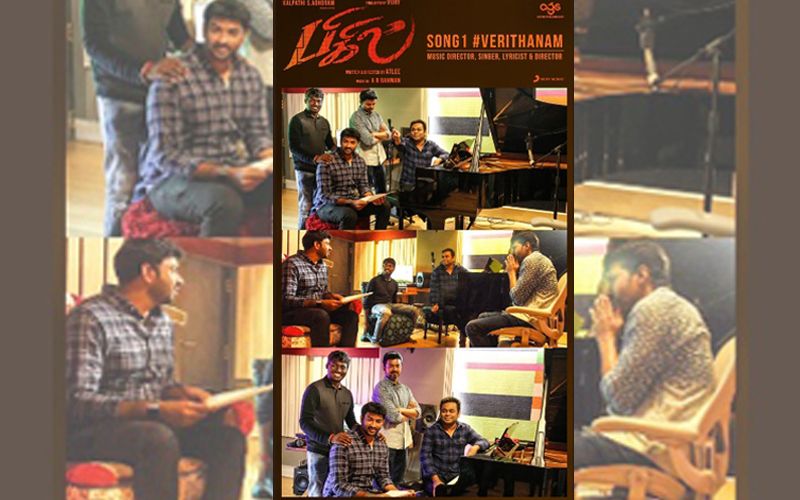 South Indian film star, Vijay is making his debut as a singer. Yes, you heard it right, this talented actor is singing a song composed by the legendary music director AR Rahman

He will be singing in his upcoming film “Bigil”. The lyric was written by Vivek. This Tamil film is a sports drama helmed by ace filmmaker Atlee. It is produced by Kalpathi S. Aghoram. This light hearted entertainer features Jackie Shroff, Nayanthara, vivek and Kathir in key roles.

Producer Kalpathi took to twitter and shared the news of Vijay singing for this film. She posted a picture and captioned it, “A big thank you to our #Thalapathy from all of us (His fans) for granting our request to sing in this album Trust me the song is #Verithanam Thank you @arrahman Sir, @Atlee_dir @Lyricist_Vivek for making this happen @SonyMusicSouth #Bigil”.

“Bigil” is slated to release in October.