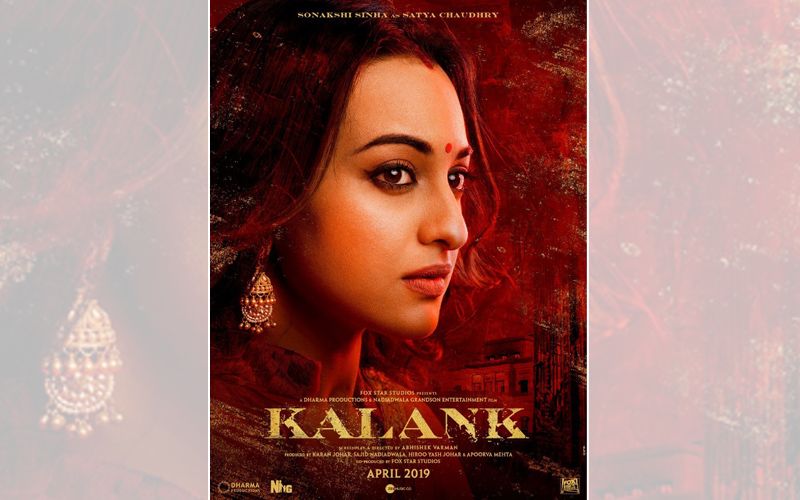 Sonakshi Sinha, who made her debut in “Dabangg” opposite Salman Khan has impressed movie lovers with her brilliant performance. Soon after “Dabangg”, She was seen in films like "Rowdy Rathore", "Akira", "Son of Sardaar", "lootera", "Noor" and many others. In Kalank, Sonakshi will be seen playing the role of Satya. The actress took to her Twitter account and shared the poster. She captioned it, "Love, longing, integrity and sacrifice... this is what SATYA stands for. #womenofkalank #kalank @duttsanjay #AdityaRoyKapur @Varun_dvn @aliaa08 @MadhuriDixit @abhivarman @ipritamofficial @karanjohar #SajidNadiadwala @apoorvamehta18 @foxstarhindi @DharmaMovies @NGEMovies".

Well we can't wait to see this film and how Sonakshi is going to play her role.