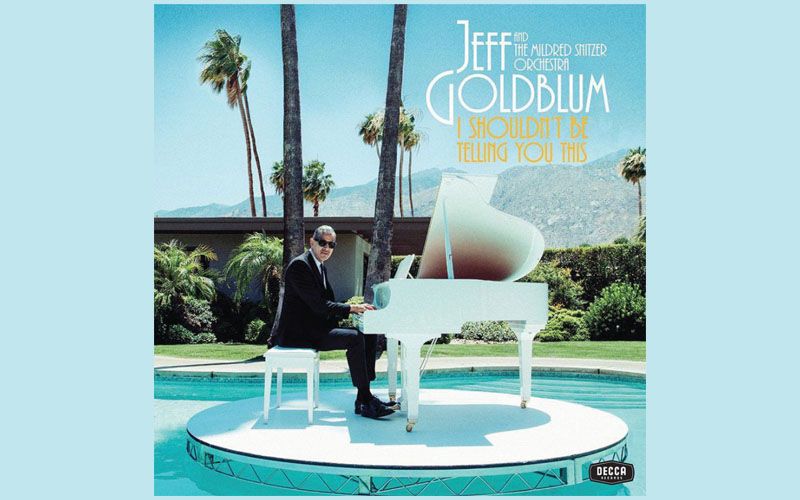 Jeffrey Lynn Goldblum, better known as Jeff Goldblum is an American actor and musician who has made quite the name for himself in both fields. You might recognise him as Ian from Jurassic Park or the computer geek, David Levinson from Independence Day; his contribution to the music industry, however has been very recent but definitely strong. As a Jazz musician, Goldblum has released two albums, the first on November 9, 2018 and the second on November 1, 2019. I Shouldn’t Be Telling You This is the musician’s much awaited second album after the success of his debut album. Several Hollywood stars have tried their hand at music and failed pathetically; some didn’t even manage to get past their very first single; as have musicians with acting. Jeff, however, does not fall in either of these categories.

Having learned to play the piano while growing up, he has played several lounge gigs along with Mildred Snitzer Orchestra for several years now, his band with whom he played for this particular album as well. Jeff Goldblum’s natural charisma and lovability comes through in his music, just as lively and spirited as its creator. It starts off with ‘Let’s Face The Music And Dance’, that is vocally led by Sharon Van and has a very typically-old school jazzy vibe to it, accentuated by the pipes. ‘The Sidewinder/ The Beat Goes On’ features some subtle vocal bits by Inara George, while ‘Driftin’’ is a classic instrumental jazz number. ‘The Thrill is Gone/Django’ has Miley Cyrus’ raspy voice complementing the melancholy music that is enhanced even more by the lyrics that describe the loss of passion (seems to have the slightest autobiographic touch from the vocalist).

The fifth track on the album, ‘The Kicker’ is yet another instrumental that portrays the band’s masterful unison and has a rather impromptu vibe to it. We’re struck by its contrast to the beginning of the next song, ‘Don’t Worry ‘Bout Me’ featuring the cover legend, Fiona Apple. This track slowly picks up pace and ends with a repetitive ‘don’t worry about me, don’t worry’, until it fades into ‘The Cat’. This number really paints a picture of Jeff’s talented piano-playing abilities, while the cynical, questioning lyrics of ‘Four On Six/Broken English’ coupled with the deep voice of Anna Calvi makes it one of the most poignant jazz songs in recent times. Especially when she continues to belt out the words ‘what are you fighting for’ amidst some expert instrumental riffs. The short minute and 45-second ‘If I Knew Then’ features Gina Saputo skilfully scatting through a fast-paced impromptu instrumental – probably the closest track on the album to what is considered ‘authentic jazz’. 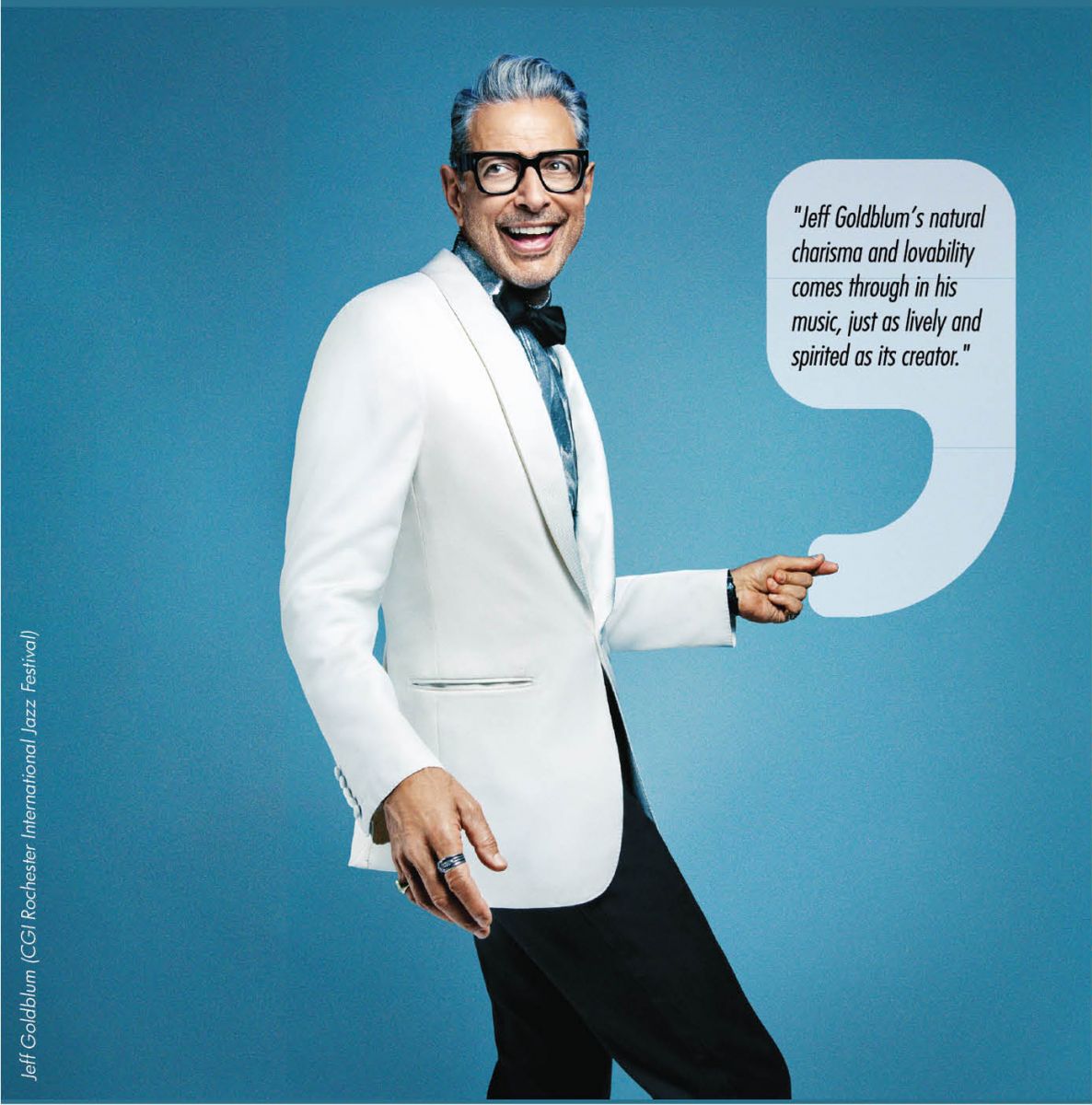 The penultimate number ‘Make Someone Happy’ is breezy, amplified by the exquisite voice of Gregory Porter; just the kind of song you want to slow-dance to with a lover while occasionally spinning with a flourish to go with Goldblum’s unexpected piano riffs. The album finale, ‘Little Man You’ve Had A Busy Day’ is really worth the wait. After having listened to Jeff Goldblum’s excellent piano skills for two entire albums, we’re treated to his dreamy, deep voice. Lyrically and musically, this seems like a song we could practically picture Jeff sing to his young sons as a lullaby while they gentle slip into a land of unending meadows and a billion stars.

The dialogue between the vocals and all the different instruments is plainly and pleasurably audible, even to an untrained ear. The album has an overall relaxed, yet calmly improvisational vibe – that kind you could get lost in on a lazy Sunday afternoon, which is exactly what we recommend you do!     --- Tanya 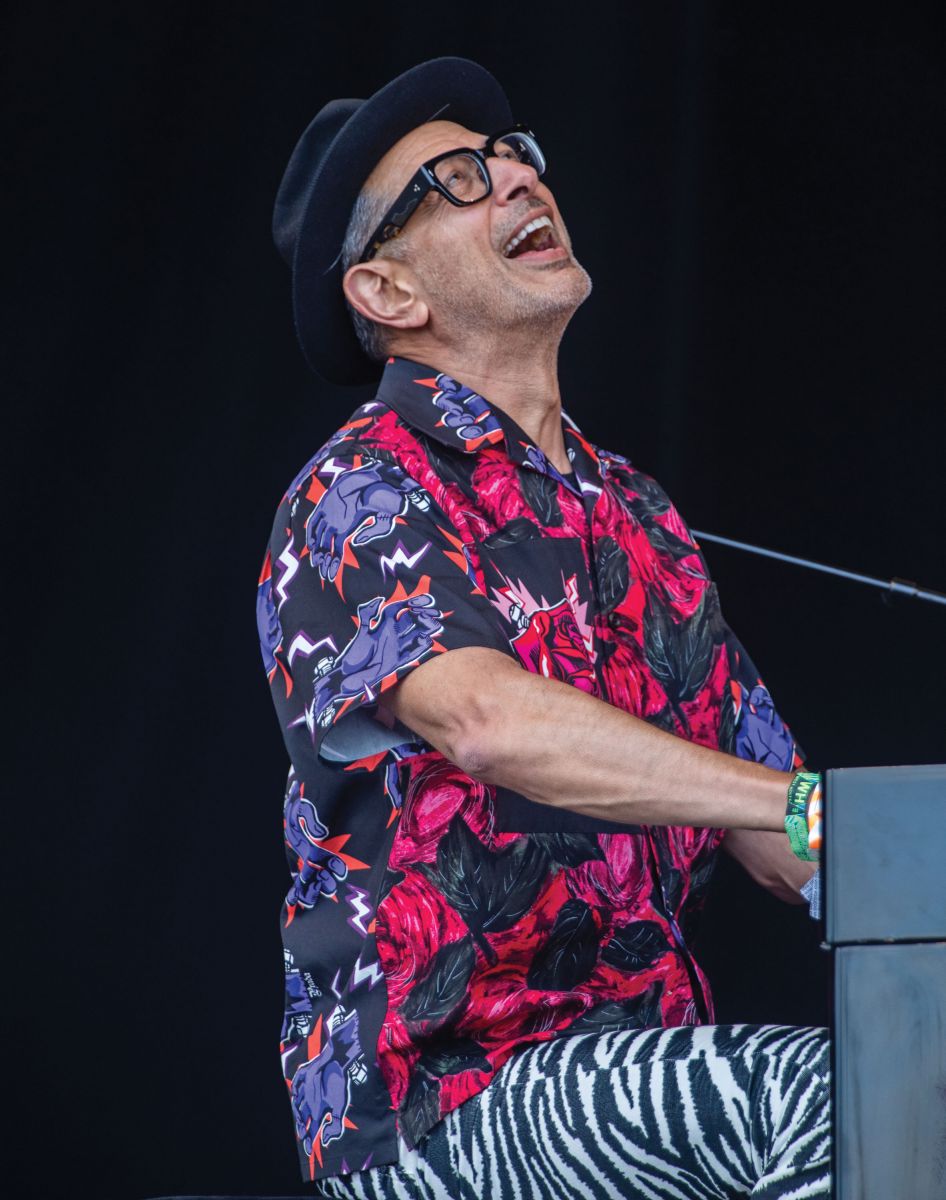