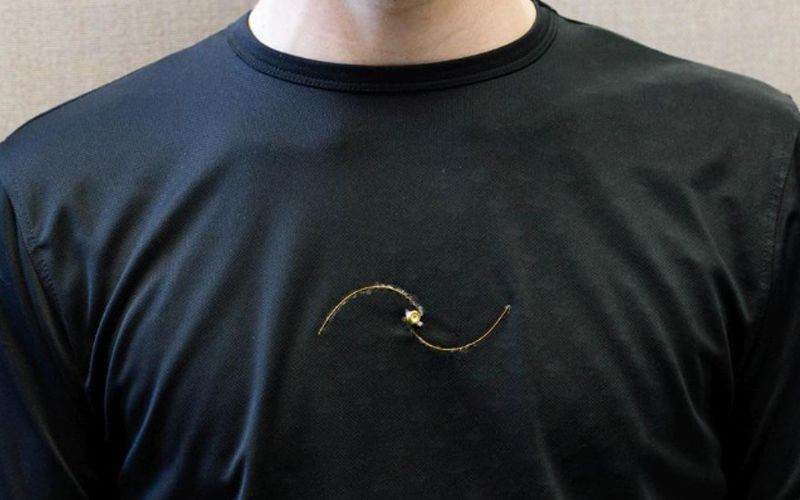 The rate of technological advancements is increasing with time, as more and more gadgets are being developed, that are revolutionizing the way healthcare is being delivered. We have access to wearable technology that can track heart rates, calories burned and the number of steps that we take and now researchers have discovered a smart T-shirt to monitor respiratory rate.

A team of scientists from Université Laval faculty of science and engineering and its centre for Optics, Photonics, and Lasers in Quebec, Canada have invented a smart T-shirt to monitor the respiratory rate in real time of the person who wears the T-shirt. As explained by ScienceDaily, The way this T-shirt works is not with any electrodes, wires or sensors attached to the users body, but with an antenna sewn in at the chest level which is made of a hollow optical fibre, with inner surface coated in a thin layer of silver. The signals created by the respiratory movements are sensed and transmitted by the antenna. The exterior surface of the fibre is covered by a polymer to protect the environment. The way this T-shirt works is when the user inhales, the fibre senses the increase in the circumference of the thorax and the volume of air in the lungs as a result the frequency of the antenna will be modified and it will give information, which can be sent to the user’s computer or smart phone. Whether the user is sitting, standing or lying down tests have proved that the data captured by the shirt is accurate and even after washing the shirt it will deliver accurate results.