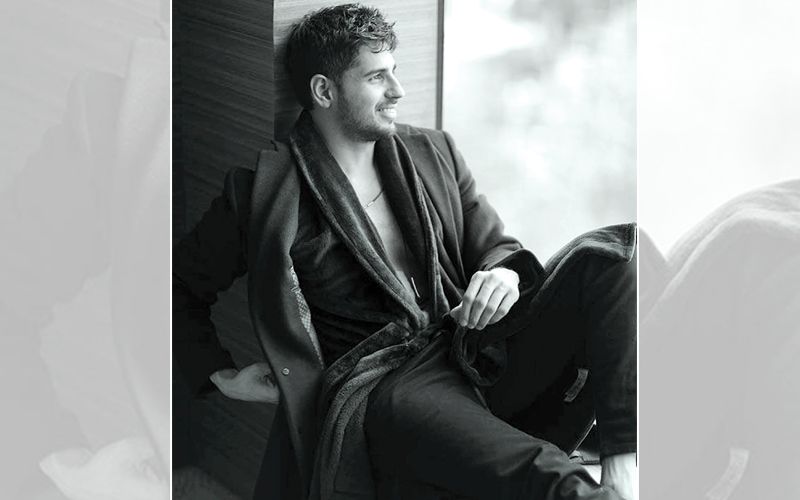 Actor Sidharth Malhotra says coming to Mumbai to explore a career in Bollywood was not easy, adding that support from his family helped him a lot in his journey.

Opening up about how his family supported his decision to move to Mumbai, Sidharth said: “I remember when I came to Mumbai I was 21 and staying here by myself, I started appreciating the joint family that I grew up in, (with) so many people around.”

“I remember on the phone speaking to my parents; I would say why don’t we have the habit of ending the call with love you mom, love you, dad. We at our Punjabi household never had a culture like this because none of us ever ventured out and stayed away that far. And I remember one day sitting down with my dad, telling him that whenever we say goodbye you are supposed to say goodbye by saying you love dad and me being the dad he was like ‘yaya, of course, I love you’,” he added.

The actor continued: “He took a beat, and it was funny, at the same time, you can imagine so many fathers, especially of a grown-up child, a 21-year-old staying in a different city and asking their father to love me before ending a call. I realised it when I came to Mumbai to become an actor, it wasn’t easy and I felt the only thing you fall back on is what your parents have taught you.”

Sidharth began his career as a model at the age of 18. He worked as an assistant director to filmmaker Karan Johar in the 2010 film My Name Is Khan, before getting his break as an actor in Johar’s 2012 teenybopper release, Student of the Year. Over the years, he has been seen in films like Hasee Toh Phasee, Brothers, Ek Villain and Kapoor & Sons and Baar Baar Dekho.
The actor said that his parents didn’t know he “wanted to grow up and become an actor”.

“I never thought when I was a teenager that it was possible to become a Bollywood actor coming from Delhi with no connections to the films. They were not shaping me up to an actor but to become a good human being, I would say. And I mean this with utmost humility and not saying that I am a perfect example, But to say that there are some basic qualities, I think I have inherited from my family, and that’s what I keep giving to people,” said Sidharth during a virtual session with We The Planet.

The actor thinks that a lot of issues in society stem from harsh upbringing. “Whenever people talk about various issues within the country, starting with women’s safety or security, it is something that the society has to fix and that stems from fixing the boys first. Having to give all the men in the world especially in India a good example starting from their fathers, because coming from the experience I think subconsciously I have picked up so much from my father, even though he was travelling since he was in the merchant navy. He worked hard to bring us up and give us a good lifestyle. That’s when I realised that’s where the key is,” he said.         - IANS