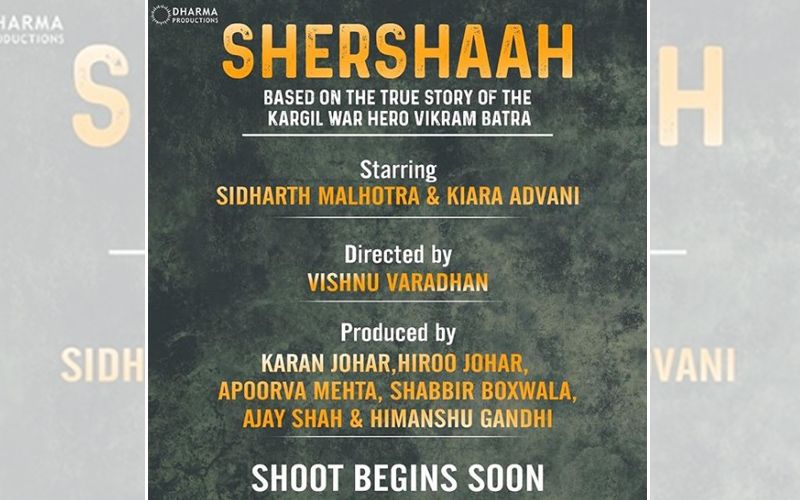 For the first time, Sidharth Malhotra and Kiara Advani are all set to share the screen space in "Shershaah", under the direction of Vishnuvardhan.

It is going to be a biographical film, and it is produced by Karan Johar, Apoorva Mehta, Hiroo Johar, Shabbir Boxwala, Himanshu Gandhi and Ajay Shah. This film is based on the life of late captain Vikram Batra, who was an officer of the Indian army, honoured with India's highest award for bravery, the Param Vir Chakra. This film is being shot in Kashmir, Ladakh, Chandigarh and Palampur. This drama film will also shed light on the India-Pakistan war in the year 1999. Kiara will be seen playing the role of Vikram’s girlfriend Dimple Cheema.