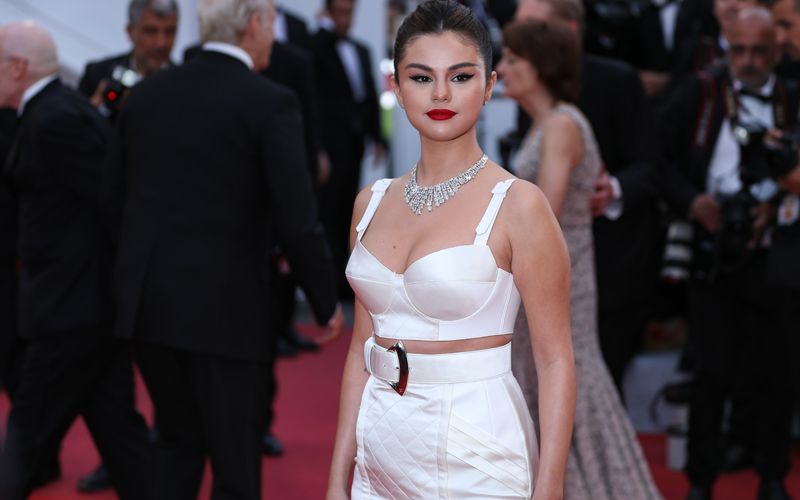 Singer-actress Selena Gomez says she was "so much happier" when she was off social media.

In an interview on "New Music Daily" on Apple Music's Beats 1, the singer opened up about her decision to ditch the virtual world, reports femalefirst.co.uk.

In 2018, the "Lose you to love me" hitmaker decided to take a two-year break from Instagram and Twitter.

"I didn't have social media for two years. You've just got to do it. I was driving myself crazy. First off, there was a million things that I didn't want to see. I would see them over and over and over again. Then I'm comparing. Then I'm looking at these people, and I'm like, 'How do they' ... It's all the things that people say, right? It's nothing new. It's that you usually sometimes feel like shit. You have FOMO (fear of missing out). Everyone's life looks amazing, and that happens to me, too. I'm like, "Well, what am I? I'm missing the plot here. Right? How come it's so fun for everyone else?," she said.

The singer continued: "Then it just started getting dark. There were accounts that were dissecting me, down to my body, to my face, my features, choices I've made, telling stories, and it drove me crazy, because I honestly just wanted to be like, 'None of you even know what you're talking about', and it just destroyed me. So I stopped, and I tell every single person everything changed.

"Also, I'm living in that time where there's a specific look that's going on within females. So that would get in my head as well. Yeah, I do look young, so there's nothing I can do about that. Of course, I am 27, but sometimes I'm like, 'Oh, I look like a baby', which is stupid. I don't fit into that look, which isn't a bad thing, and it's not bad that that's what people enjoy and like. It's whatever makes you feel comfortable, of course."

Gomez said when she was out of social media, "I was so much happier with just me, myself, how I looked, and that helped a lot".

"I just needed to let my old self go. I was purging multiple different things, but it was specifically who I was then," she added.     - IANS