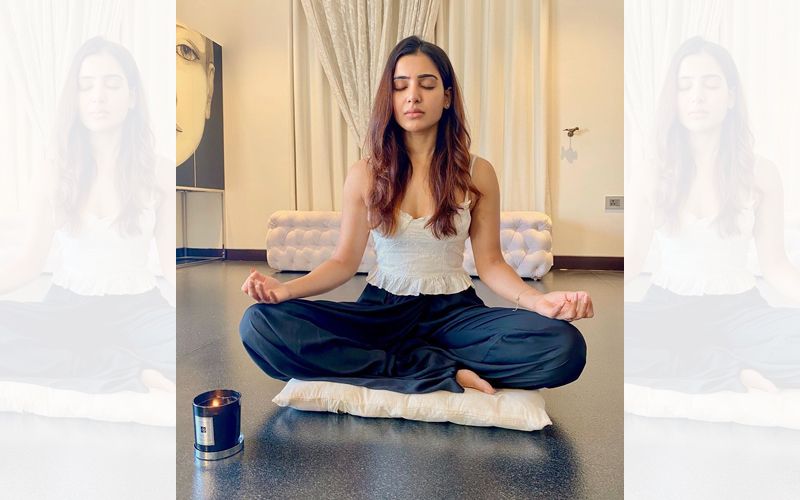 Southern star Samantha Akkineni has a special reason for loving yoga. It is because she practices yoga along with hubby, Telugu star Naga Chaitanya.

Samantha took to Instagram, where she shared a photoghraph of the couple trying a complex yoga position.

The actress captioned the image: "Apart from gardening.. something I've been really enjoying is Yoga especially because @chayakkineni and I do it together ... #mytimewithyou #couplesyoga .. also we have the super best trainer @fly_santhosh who's just insane. Chay isn't in this picture but I am working on it ."

Actress Lavanya Tripathi questioned: "Is there anything you cannot do??"

Samantha had earlier shared that she has started learning "Isha Kriya" and shared a few benefits of the meditation form with fans and followers.

The actress, who was last seen in the Telugu film "Jaanu", has made a name for herself in Tamil and Telugu film industries. She is known for her performances in films such as "Ye Maaya Chesave", "Neethaane En Ponvasantham", "Eega", "Mersal" and "Rangasthalam". She impressed all with her role in "Super Deluxe" last year.

She will next be seen in "Kaathuvaakula Rendu Kaadhal", starring Vijay Sethupathi. The film also stars Nayanthara. It is directed by Vignesh Shivan.   - IANS