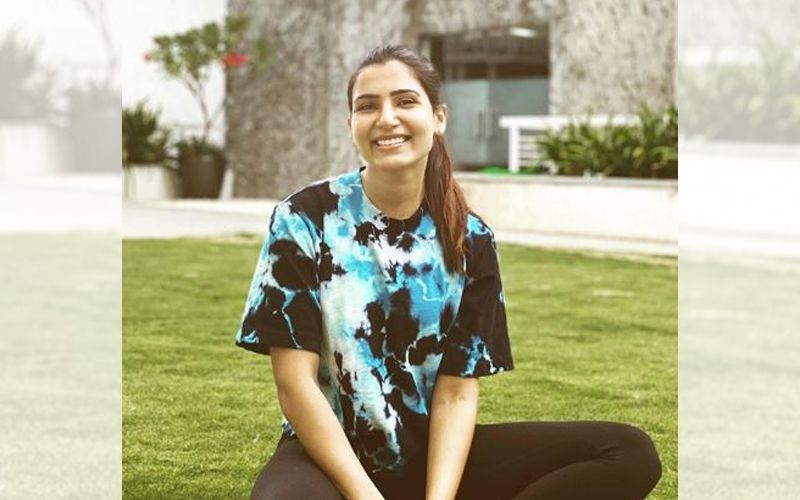 Southern star Samantha Akkineni says she and her pet puppy Hash are having a case of Covid-19 blues.

On an Instagram picture of Hash sleeping by the staircase, she wrote: "We are having a case of the #covidblues. How are you guys doing ? I just want to remind you to remind yourself that you're awesome and you're doing just great and it will all be okay #stayhome #staysafe."

Samantha recently shared a picture on the photo-sharing where she is seen in a bright blue-black tie-dye T-shirt teamed with black pants.

"When the two people who tell you they have the exact same t-shirt as you do are a)a 40 year old man and b) a 4 year old boy. So niceeeeeeeee. I am reallyyyyyy keeping up with the fashion 'It girls'," she captioned the image.

Samantha is known for her performances in films such as "Ye Maaya Chesave", "Neethaane En Ponvasantham", "Eega", "Mersal" and "Rangasthalam". She impressed all with her role in "Super Deluxe" last year.

She will next be seen in "Kaathuvaakula Rendu Kaadhal", starring Vijay Sethupathi. The film also stars Nayanthara. It is directed by Vignesh Shivan.    - IANS