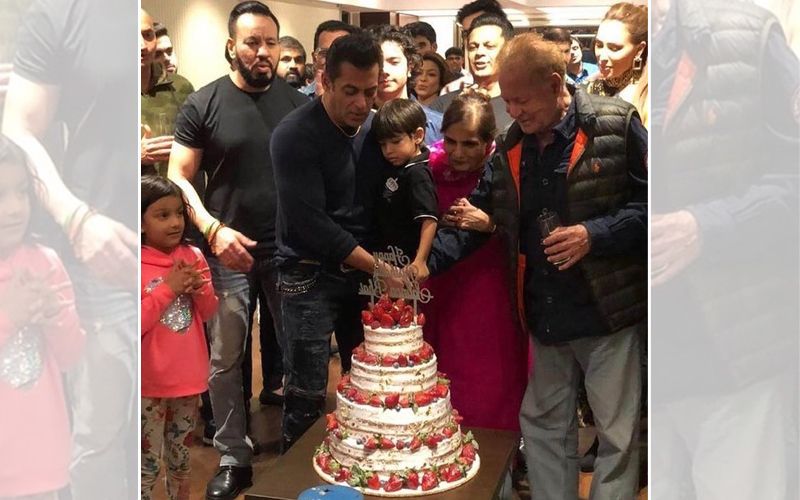 It was a room full of family members and friends as Bollywood's "Dabangg" star Salman Khan celebrated his 54th birthday on Friday. A photograph of Salman cutting his birthday cake along with his nephew Ahil, father Salim, mother Salma and close friend Iulia Vantur, is doing the rounds on social media.

Industry friends who reportedly turned up to wish the superstar included Katrina Kaif, Tabu, Huma Qureshi and Daisy Shah. Another viral video, Salman is seeing cutting a four-tier cake, holding his nephew Ahil in his hands. He is seen surrounded by Salma, Salim and Helen in the video. Arpita Khan can also be seen cheering for the "Wanted" actor. On the acting front, Salman's latest release "Dabangg 3", which also features Sonakshi Sinha and Saiee Manjrekar, has crossed the Rs 100 crore benchmark at the box-office.

He is now gearing up for his next titled "Radhe", which is slated to release in 2020.