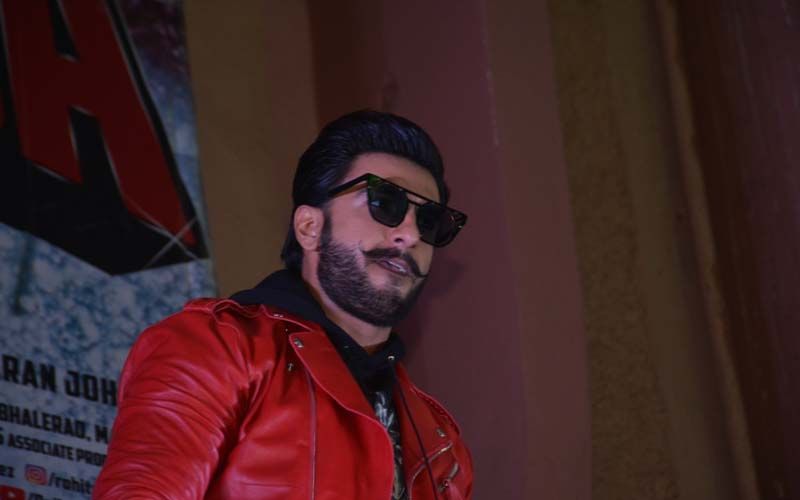 Ranveer Singh, who we saw reach heights in the world of Bollywood and get married to leading lady Deepika Padukone, says that it has been a "phenomenal year" for him. The actor started the year with his blockbuster Padmaavat, which he starred in alongside his wife and Shahid Kapoor. His role of the villainous Delhi Sultan Alauddin Khilji received endless praise from critics and the public alike. He is now ending the year on another success ride after the release of his latest, Simmba which is Sara Ali Khan’s debut flick. Ranveer said in a statement, "It is an incredibly humbling moment for me. As an artist, I have always tried to experiment and I'm happy that my content choices are being loved by audiences who want to see me break my mould every single time I come on screen,"

Ranveer plays a corrupt police officer who has a moral turnaround and becomes the savior of justice. His performance has been getting good reviews. He explained, “It's been a phenomenal year for me professionally and personally and this record makes my journey in cinema even sweeter.” He went on to thank Rohit Shetty, director of Simmba, for the success of the film.

"The record-breaking opening of 'Simmba' is for the entire team to cherish and I thank Rohit Shetty for believing in me and trusting that I can do his masala cop film convincingly."

He continued: "It was not an easy role to pull off but I put my head down and put in the work and I'm overwhelmed with the love that has been poured on 'Simmba'. Rohit has an incredible hit ratio and he has hit 'Simmba' out of the park. The success of the film belongs to him and his phenomenal team who are there for him and beside him at all times."