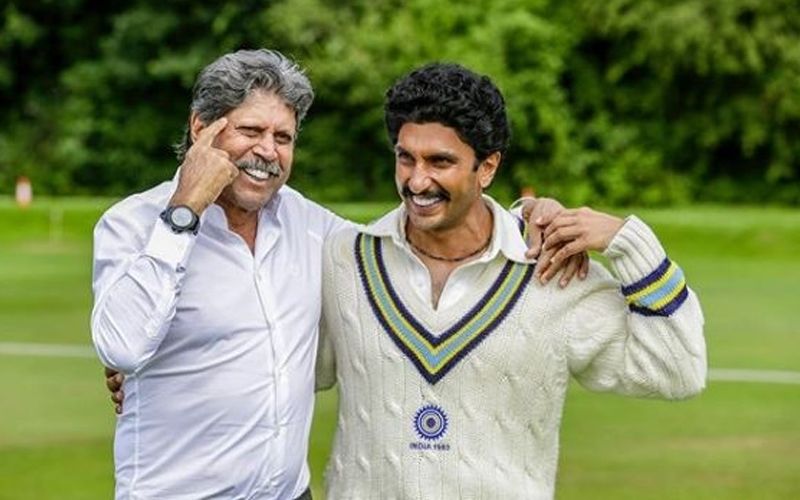 Bollywood's livewire star Ranveer Singh took to social media and wished Kapil Dev on his 61st birthday on Monday and said that now it’s the actor's turn to make the former India skipper proud with the upcoming film "'83". Ranveer on Monday took to Instagram, where he shared a string of photographs of himself along with "legend" Kapil from the sets of "'83".

The film essays Kapil's captaincy in leading the Indian cricket team to defeat the West Indies in the World Cup final in 1983. Ranveer will essay Kapil's role in the film, directed by Kabir Khan and produced by Reliance Entertainment.

In his cricketing journey, Kapil is among the first players in the history of the game to have taken more than 400 wickets and scored over 5,000 runs in Tests. '83’, directed by Kabir Khan, also stars Ranveer's wife and actress Deepika Padukone, Saqib Saleem, Pankaj Tripathi, Tahir Raj Bhasin, Ammy Virk, Hardy Sandhu, and Chirag Patil among others.