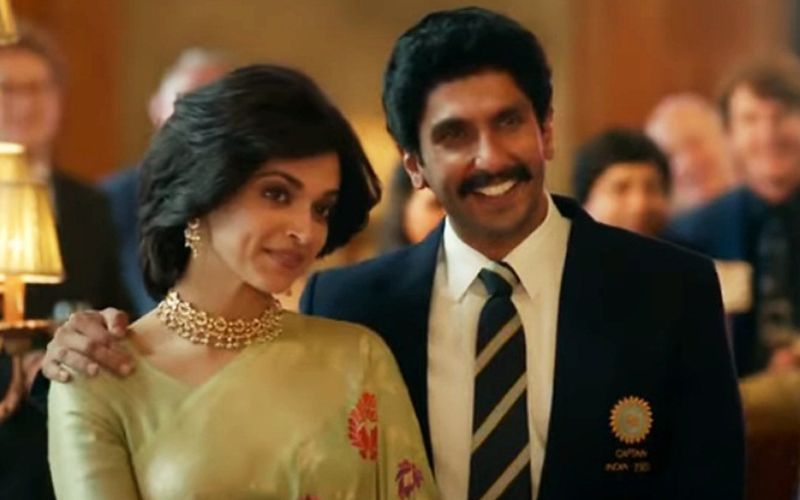 The trailer for Ranveer Singh-starrer '83' is finally unveiled bringing alive one of the most unforgettable moments of Indian cricket.

Ranveer stars as former star cricketer Kapil Dev in the film, which tells the story of how the Indian cricket team, "a team that no one believed in", brought the World Cup home in 1983 after beating the champions, West Indies in a match.

The over-three-minute long trailer, started with the Indian team faltering on the field. Ranveer as Kapil declares at the press conference that they are 'here to win'.

The later half of the trailer, showcases how the Indian team makes an impactful comeback, with Kapil hitting back-to-back sixes, smashing dressing room windows, glasses and windscreens of cars.

Actress Deepika Padukone, who is essaying the role of Kapil's wife Romi Dev too makes several appearances in the trailer.

Directed by Kabir Khan, 83 is one of the most anticipated films of the year.