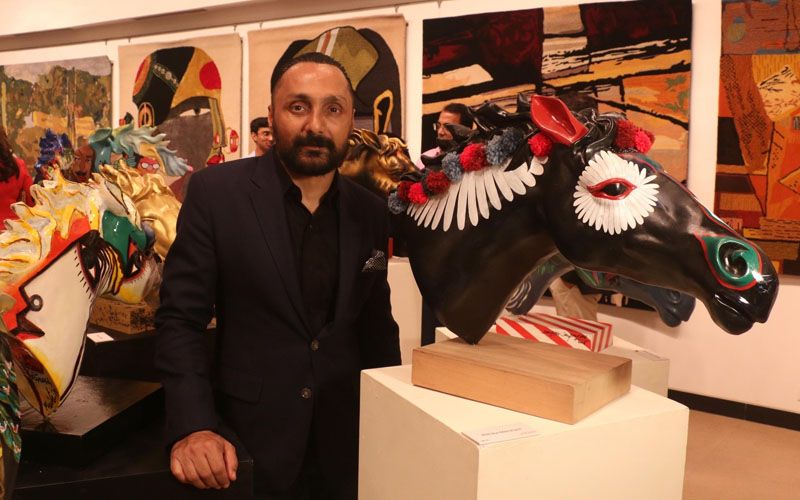 Actor Rahul Bose has revealed that he is all set to start shooting for the smash-hit Baahubali prequel titled Baahubali: Before the Beginning in the coming month of December. Bose was last seen in the flick Vishwaroopam II. He interacted with media at the inauguration of the art show, Breaking Barriers which took place on Tuesday. The actor was asked about the beard he was seen sporting at the event, at which point he gave away the news. "I am doing a prequel to 'Baahubali' for Netflix. It is called as 'Baahubali: Before the Beginning'.

"I have a big role in it. We will start shooting December beginning. My character has a bearded look, and I don't want to sport a fake beard for the next six months. I will have the same look."

The web series is set to be based on the 2017 novel by Anand Neelakantan, The Rise of Sivagami. It is set to be a Netflix Original show and is being directed by Deva Katta and co-directed by Praveen Sataru. It has been produced by the joined forces of S.S. Rajamouli and Arka Media Works. Some of the key roles are filled in by Rahul bose, Mrunal Thakur, Shriya Saran, and Atul Kulkarni.

Baahubali: Before the Beginning will be the third show to be a Netflix Original produced by India, following Sacred Games and Ghoul. The first season is to consist of nine episodes which are all prequel stories to the original movie. They will follow Sivagami’s rise to power in the fictional kingdom Mahishmati