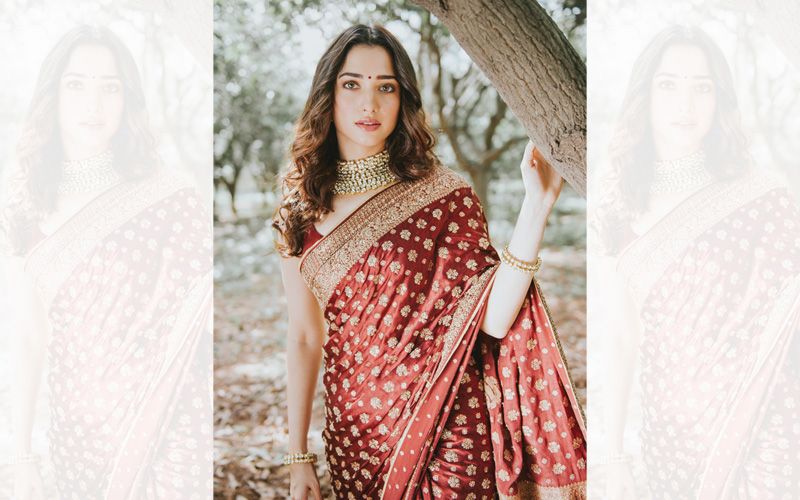 Talented, terrific, Tammy… She’s aced many roles both on and off the screen. As she sports that intense gaze we’ve come to know and love, one look at Tamannah Bhatia on our cover and you'll be ensnared for sure. In a red saree with amazing jewellery and flawless makeup, she is a queen looking upon her loyal subjects. It’s a kingdom she’s worked years to acquire and continues to tirelessly show up for. Although she’s enjoyed the dizzying heights of success, she has also endured the graceful lows. Untamed and beautiful, Tamannah talks about movies, fitness, beauty and fame with utmost confidence.
Looking at your filmography, the diversity of roles you’ve accepted is very striking – an action drama like Baahubali, or comedy-dramas like the F2 – Fun and Frustration, and That Is Mahalakshmi. How do you choose them?
It’s the entire film that has to interest me and not just the character that I am offered. After all, the audience will eventually watch the film, and if they like it, only then will they like a particular character. It should be able to engage the audience for its entire length. If it's a good script, could be in any language or genre, I want to do it. I need to be excited about the concept and storyline. In the past 10 years, the way films are perceived has evolved, so now I can do a lot of experimentation that I could not have done when I started out. Owing to the fact that I can physically transform myself for a character, I am getting opportunities to play diverse characters. It doesn’t have to be a certain prototype anymore. The audiences have opened up to watching different content so it doesn’t limit the possibilities when it comes to genres. When it comes to a character, I make sure that it adds to the plot. It’s a constant quest to push the bar, and work in films that allow me to prove what I can do as an artist. It is not about how big your part is. It is how much of your character is remembered by audiences.
Let’s talk first about Khamoshi. It’s one of the most fascinating films you’ve ever done. What did you like about the project?
Khamoshi is a thriller, so everything from filming to preparation was different. I had an instructor who taught me the sign language. My director, Chakri Toreti, and I sat down to understand the other mediums that one would use in case of a disability. Prabhudeva sir was a sheer pleasure to work with again.
Do you consider yourself an actress or a performer, which could mean something broader?
I have enjoyed every moment of being an actress for the world but I'm a performer for myself.
Do you think a display of craft and technique is important when you act, or do you tend to rely purely on your instincts?
To become a better artist, one needs to look inwards and understand oneself better. It’s a mix of both, to be honest. The technique can’t work in isolation; one needs the emotive touch which comes from the instinct.
Is ageism a problem for actresses?
Ageing is just normal and we need to accept that and stop being harsh on ourselves! There is this pressure in the film industry to be ageless especially for women. I think what I have been witness to is seeing women trying to stay ageless with what they are doing to themselves but I wish I could tell them it’s all a farce. Having said that, there are a lot of shows that are more egalitarian in terms of dealing with people who are professionals in their forties and fifties, so I think there’s a lot more attention being paid to deeper, more serious subjects with older protagonists.
Have you ever been personally exposed to discrimination in your career?
Honestly, I’m not worried about comparisons or discriminations. I think we are all accomplished in our own right and we need to believe in our legacy, self-worth, and art to ensure the next person respects that.
How has the journey been so far?
Honestly, I love being part of the movie-making process, there have been more ups than downs because this is my passion, and it’s not a 9-5 commitment, its a 365-day, 24x7 calling. There is an element of magic and unpredictability. As an actor, I play my part with conviction, but the results are not in my hands. Be it success or failure, I don’t succumb to the pitfalls of pressure. I am grateful for all the love and respect showered upon me by my audience and the industry and I hope to conquer more goals as every year passes! 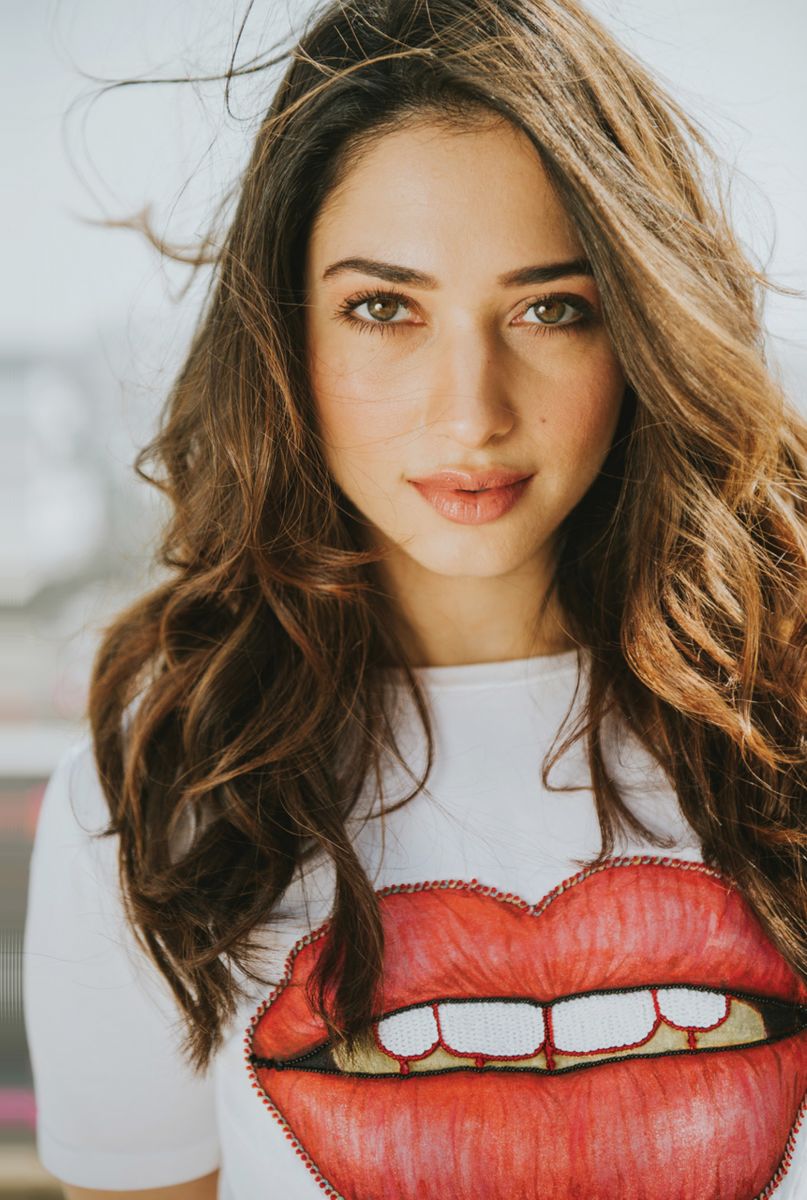 You’re already successful, but how would you define where it is that you want to be? And what’s pushing you to get there?
I never want boredom to set in. In commercial cinema, roles for heroines are limited to being simple or glamorous. I don’t want to fall into an image trap. I would love to do realistic films that are entertaining. There is an audience for films.

What do you do to stay in shape?
I was always inclined towards sports as a child but fitness became a priority when I stepped into the entertainment world, when I was around 17. I prefer working out in the early afternoons because that’s the best time to burn calories plus there aren’t too many people stalking me instead of working out! My fitness regime consists of weights, abs, crunches, cardio, and a series of free hand exercises. I spend at least an hour in the gym apart from yoga or swimming in the morning and sometimes Pilates and aerobics. You need to always find time to do what makes you happy. Fitness is one of those things. It creates a feel-good aura around you. I’ll make sure my manager, Priti puts me up in locations that have the accessibility to a fitness centre when I’m shooting. I like to work out every day as far as possible because it’s a good stress buster. I can switch off from everything and just focus on myself. In worst case scenarios, alternate days. Fitness is like brushing your teeth. You must include fitness in your daily life.

Could you describe your beauty routine?
I am blessed because of my parents’ conventional good looks. There’s a lot of maintenance that goes into grooming yourself and it comes with a lot of discipline. You can be gifted with conventional beauty but you have to take care of it just like a flower in a pot. Less is always more! I keep myself hydrated, not indulge in packaged and oily food, get 7-8 hours of sleep, use cosmetics when absolutely essential, and most importantly, feel happy and positive. Our generation ignores how stress causes imbalances in hormones which leads to compromised beauty.

What does your perfect day look like?
Unwinding at home in my pyjamas with my best friends and family, gorging on a lot of Sindhi food.

Quick Takes
My weirdest quirk... I can get anyone to dance because everybody can dance!
I have a weakness for… Sleep, as I don’t get enough of it
Everyone in their 20s should… Live in the present and live life to the fullest
The most pivotal year of my life… 2015-2017 when Baahubali happened.       – as told to Anisha