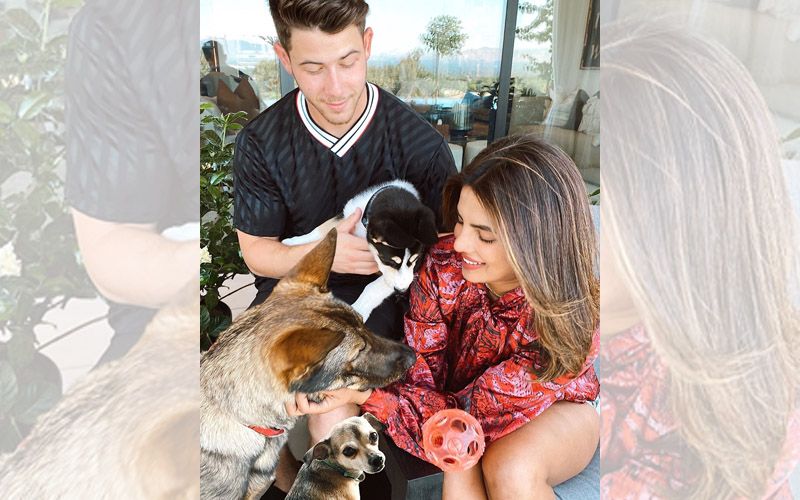 Actress Priyanka Chopra and her singer husband Nick Jonas have adopted a new dog, and are already in love with him.

The couple introduced their new family member through Instagram. The 38-year-old actress and the musician, 27, both shared that they adopted a dog, who they have named Panda, reports people.com.

The "Quantico" star introduced the puppy by sharing a set of photographs of the couple with Panda.

"Our new family portrait! Welcome to the family, Panda," Priyanka captioned her post, adding, "We adopted this little rescue (soon he won't be so little) just a few weeks ago. We can't be sure but he seems to be a Husky Australian Shepard mix.... and those eyes... and the ears!!!."

Nick similarly shared the same set of images and captioned his post, "Welcome to the family Panda! Panda is a Husky Australian Shepard mix rescue and we're already in love."

Chopra revealed in the caption of her post that Diana wasn't around for the family's picture but they included her through photoshop, sharing: "BTW (Diana) wasn't around for our little photoshoot, but we couldn't leave our #1 girl out...so...we made it work!"

Panda also has his very own official Instagram account. "Waiting for fam to introduce me to the world... until then I'll just lie here," one picture said.    - IANS