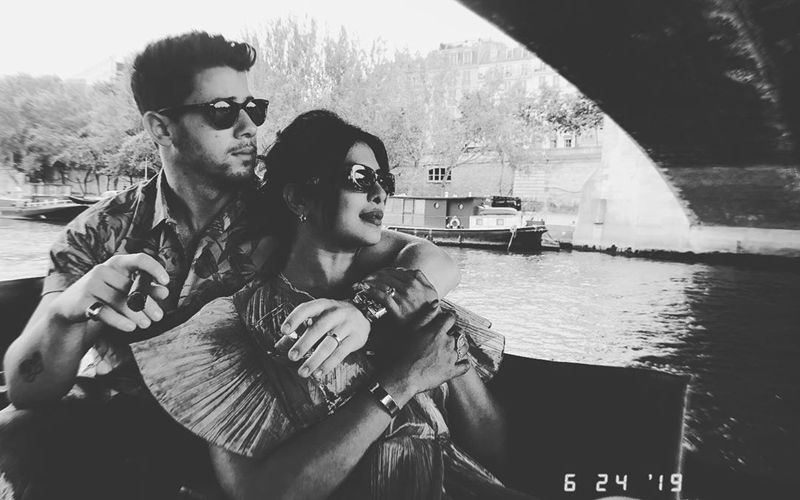 Indian actress Priyanka Chopra Jonas and her pop-singer husband Nick Jonas were seen romancing each other in the French capital also known as the "city of love".

Nick on Monday, shared a black and white photograph of himself along with the "Isn't It Romantic" star on Instagram.

In the image, the couple are on a boat. Nick is seen holding Priyanka, as the two stare at the picturesque locales of Paris.

He captioned it: "The city of love".

Priyanka replied with a kiss emoji.

The pair are reportedly in Paris to attend Nick's brother Joe's wedding.

The "Quantico" actress tied the knot with Nick in two extravagant ceremonies at the Umaid Bhawan Palace in Jodhpur in December 2018.

On the Bollywood front, Priyanka has wrapped up shooting for Shonali Bose's "The Sky Is Pink" along with Farhan Akhtar and Zaira Wasim.    - IANS