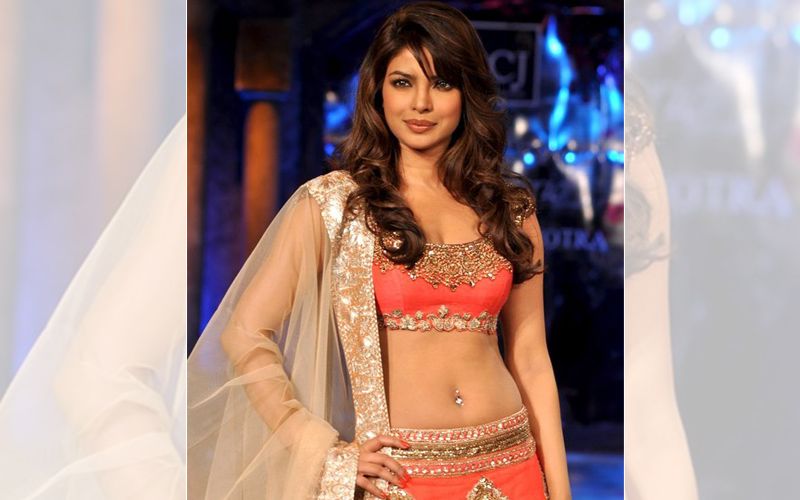 The event was held here on Wednesday night.

It is Priyanka's second People's Choice Award as she bagged her first one in the Favourite Actress in a New TV series category last year for "Quantico", in which she plays Alex Parrish.

This year, Priyanka, who donneed a ravishing peach tube dress with minimal make-up for the gala, was competing with popular actresses like Ellen Pompeo, Kerry Washington, Taraji P. Henson and Viola Davis for the award.

After winning, the 34-year-old former Miss World, who was recently injured on the set of "Quantico", said: "Every single woman that was nominated with me today...All of these incredible actresses were the reason that I joined television. They were the reason that I wanted to be the actor that I am here today, receiving this award, and being in the same category as them is just so overwhelming."

The actress also thanked the entire cast and crew of "Quantico", her first Hollywood project.

"I am really psyched. Can I do a little wiggle? I am sorry it's the concussion talking...this (award) means the world to me," she added.

International star Dwayne Johnson, who features in Priyanka's upcoming Hollywood debut "Baywatch", was seen cheering for her at the event.

The People's Choice Awards celebrated the best and the brightest in music, film, television and social media.

The talk show host shared one of her wins -- for best comedic collaboration -- with pop star Britney Spears, who took home a total of four awards, including favourite female artist and favourite pop artist.

Other big winners included Blake Shelton, who got the favourite male country artist and favourite album honours, and Johnny Depp, who was bestowed the favourite movie icon trophy.
IANS