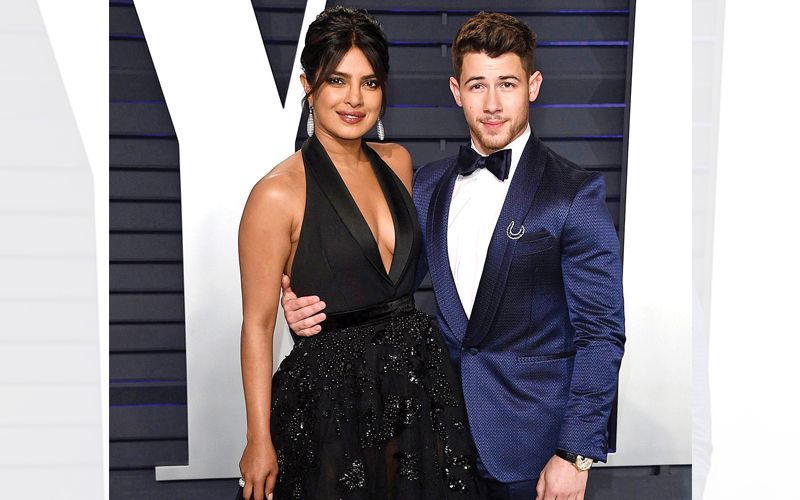 The phrase “age is just a number” is so apt when it comes to the relationship of Nick and Priyanka. Priyanka is 10 years older than Nick, and the couple has zero issues with this fact! In this beautiful relationship, the bended-knee moment took place at the Vanity Fair Oscars party, while Jonas was hanging out at the bar and he noticed Priyanka enter. He instantly put his drink down, got on one knee and asked her where had she been all his life! (Yeah, such things happen in real life, too!) It would be unfair to say that the two were complete strangers, because they had been in touch with each other for a few months prior to this.

It was during their third date that Jonas knew he wanted to marry Priyanka. Soon enough, Nick proposed to Priyanka in Crete. The duo were on a holiday to celebrate Priyanka’s birthday, but little did Priyanka know that her life was about to change forever! Nick waited until the clock struck 12 (he wanted all their future engagement anniversaries to coincide with her birthday!) went down on one knee (yet again!), pulled out the most gorgeous ring from Tiffany & Co (he had the whole shop shut while he chose THE ring!), and asked Priyanka to marry him!

To go along with their fairytale love story, the couple had a fairytale wedding in December 2018. It was, hands down, the longest and most event-filled wedding of the decade! The couple had two ceremonies – a traditional Christian wedding and a traditional Hindu one. The couple hosted three grand wedding receptions – one in Delhi and two in Mumbai!      - Pic: IANS