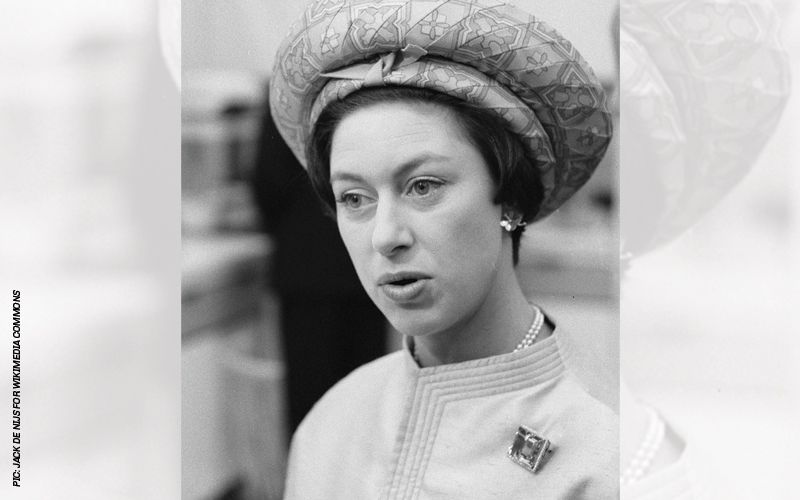 Princess Margaret, the only sibling of Queen Elizabeth II, was as rebellious in her fashion choices as she was as a person. While Elizabeth had a responsibility to dress diplomatically, the royal rebel was raising the sartorial standard and tearing up the royal rule book practically from birth. In the 1950s, her style came to be known as ‘The Margaret Look’. She was frequently dressed by Norman Hartnell and loved wearing the cloud-of-tulle Hartnell designs. She was also an avid follower of Dior and was commonly seen in full-skirted Dior cocktail dresses with truly outstanding jewels.

Perennially glamorous, her eye for style and penchant for parties in particular made her very popular with the press. In April 2007, an exhibition titled Princess Line – The Fashion Legacy of Princess Margaret was on display at Kensington Palace, showcasing contemporary fashion inspired by Princess Margaret’s legacy of style, including works of British designer Vivienne Westwood. The Spring 2006 collection for Burberry, designed by Christopher Bailey, was also inspired by Margaret’s look from the 1960s.