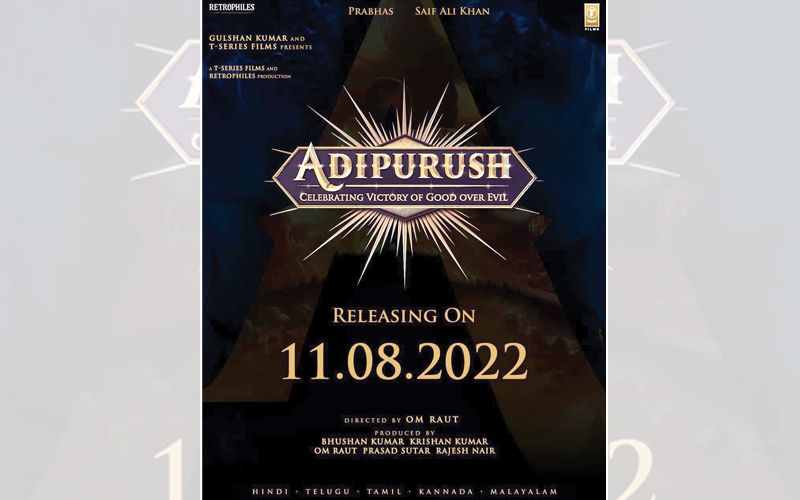 The Om Raut directorial Adipurush, starring Telugu superstar Prabhas and Saif Ali Khan, has been confirmed for a theatrical release on August 11, 2022.

The film is in the pre-production stage and scheduled to go on floors in January 2021.

With Independence Day 2022 falling on a Monday in 2022, the Om Raut directorial will get a five-day extended opening weekend at the box office.

Saif essays the antagonist in the film, directed by Om Raut, who made the blockbuster Tanhaji: The Unsung Warrior earlier this year. In Raut’s Tanhaji, too, Saif played the central villain, as Aurangzeb’s royal guard Udaybhan Singh Rathore who is pitted against Ajay Devgn’s titular protagonist Tanhaji Malusare.

Adipurish film will be released in Hindi, Telugu, Tamil, Malayalam and Kannada. It is produced by Bhushan Kumar, Om Raut, Prasad Sutar and Rajesh Nair.    - IANS