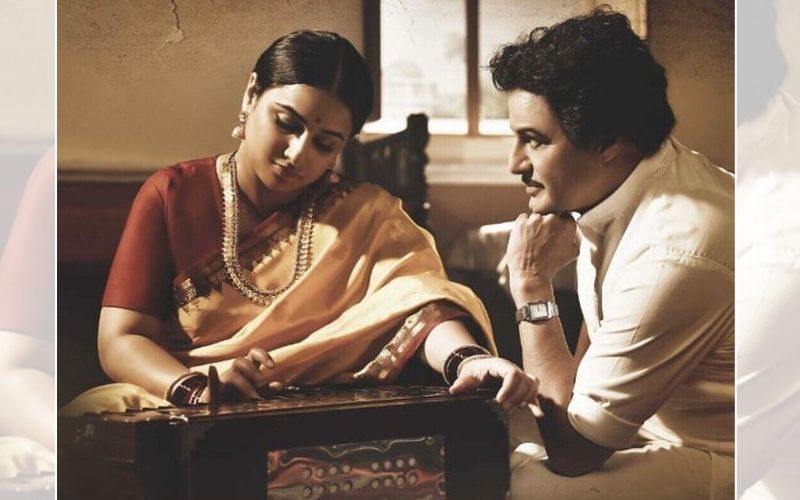 National award winner, Vidya Balan will be seen playing the role of the legendary actor N.T. Rama Rao's beloved wife Basavatarakam. The makers of the movie unveiled the poster of Vidya and Balakrishna. This poster indeed caught fans quite curious.

In the film, Balakrishna will be portraying the role of former Chief Minister of Andhra Pradesh and the greatest actor of Indian cinema, N. T. Rama Rao.  The production house of Nandamuri Balakrishna have released Balakrishna and Vidya's look. Vidya Balan looks beautiful in a traditional saree and she is seen playing harmonium, while Balakrishna sits beside her. The film will be made into two parts, first one is titled as Kathanayakudu and the second one is Mahanayakudu. In Kathanayakudu, the plot of the film revolves around how NTR became one of the legendary actors of Indian cinema. On the other hand, Mahanayakudu will show the political rise of NTR. The two films are directed by Krish Jagarlamudi and will feature a lot of top actors.