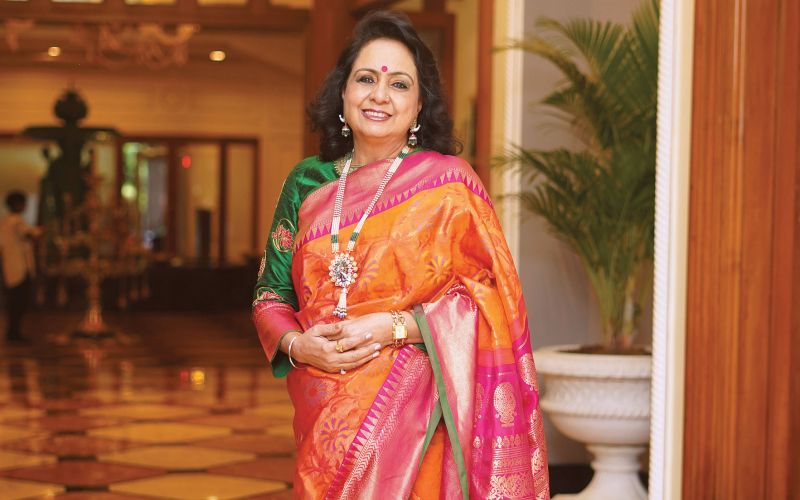 A  poet, a police officer and a wildlife lover all in one, Tejdeep Kaur Menon joined the Indian Police Service in1983. She has served in numerous capacities over the years, beginning as an Assistant Superintendent of Police. Other roles have included: heading a district as Superintendent of Police; leading the Hyderabad City Traffic Police management team; and the current one as Director General of Police heading the Telangana State Special Protection Force (TSSPF). In each of these endeavors, she has proved her mettle over and over in her career.

Tejdeep is deeply involved in the conservation and rejuvenation of water bodies and forest areas. Under her leadership, the TSSPF has adopted the Ameenpur Lake, Fox Sagar, and Ananthagiri Reserve forests, and initiated measures to ensure they remain as bird sanctuaries without being lost to urbanisation. She was awarded the Paul Harris Fellowship for distinguished contribution in tackling crime against women, welfare of policemen and social work, including blood and eye donation campaigns by Rotary International.

She has published four anthologies so far which, apart from issues of women’s empowerment, include poems about conservation of nature and the protection of biodiversity. They are Caught In A Stampede (1995), Five Feet Seven And A Half Inches (1997), Minnaminni (2001) and Oysters In Pain (2004), which have been appreciated and acknowledged by literary critics and journals in India and abroad. Some of her poems are part of other anthologies including Suvarnarekha, about Women Poetry of Indian origin, published by the Poetry Society of India in 2013; The Dance of the Peacock: An Anthology of English Poetry from India, edited by Vivekanand Jha, published by Hidden Brook Press, Canada in 2013; and Oneness of All: an anthology of magnum opus poems from around the world, published by Word Press in 2019.

Inspired by three of her poems, dancers have transformed them into theatrical dance productions – What About Me? (1999), An Easel Called Life (2002) and Porous Earth (2015). While the first two were put on boards by Bharathanatyam danseuse Ananda Shankar the third is a choreographed presentation by the veteran and accomplished Bharathanatyam exponent Hemamalini Arni.

What inspires you?
Anything and everything. Any leadership; anything that I can learn from and adopt inspires me. But mostly, I’m inspired by the hard work of women and their ability to overcome obstacles and achieve goals despite drawbacks. I listen keenly to the tales of successful women; survivors of diseases like cancer; and those with disabilities who go on with their life. They’re really motivating. Many of them are known to me closely, and many I’ve read about on social media.

What are some of your daily challenges?
There have been many daily challenges, but over time, the complexity of the challenges has changed. For someone who’s living a life of a woman, wife, daughter, mother, and a police officer, there are unique difficulties at different stages of life. When you’re young, proving yourself in your career and bearing your child at the same time is a challenge. During the child-rearing years, stabilizing your career and concurrently running your home is a challenge. When my daughter was ailing and passed away, coping with the loss and grief, and simultaneously trying to be a good police officer was a challenge. Later, competition and the complexity of the cases you’re dealing with, like the case of a rape or a murder, at a time there were fewer technological aids, you’re unable to solve was challenging. Being the only woman in a large group of men, especially in earlier years when there were fewer women in the police, is difficult and requires a certain mindset and skillset, which didn’t come naturally to me. 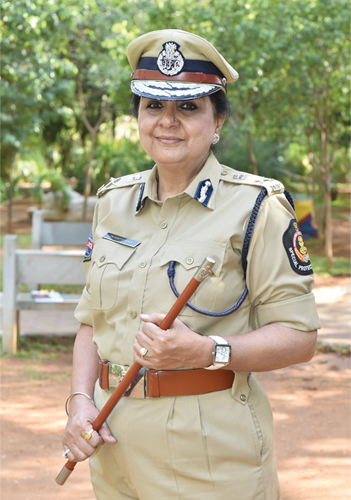 What ways do you suggest to inculcate a sense of patriotism in today’s youth?
We need to have leadership connect with the youth in India to make them feel patriotic. We send mixed signals by telling them that they can do whatever they want and choose whichever place across the world to live in. We tell them that if they’re educated, hardworking, and have the resources, they can make a place for themselves anywhere in the world. Hence they don’t really identify with the chaos in our system. A leadership connect is important here. There should be an informal way of getting technocrats and other business leaders to be the icons for the youth, so that they can identify with them if they’re unable to connect with grassroots politicians.

They should also be told that India is much beyond the city with restaurants, pubs, and tourist places. They need to visit the villages here, spend time, and do simple things like draw water from wells to understand that there is another India beyond its urban centres. We can start at the school level. Children will learn to adopt villages, slums, forests, lakes, etc. This will nurture them and help them connect with India’s soil, earth, and the environment.

When and how did you develop a passion for poetry? Who are some of your biggest influences?
I was a young child when I was enthralled by the poetry classes at school. I loved it when my English teachers recited poetry and explained Wordsworth and Shakespeare, which propelled me to write poetry as a child. I wasn’t influenced by just one poet particular poet. There was an influence of all of the poets I’ve grown up reading, like Keats. I then turned into a fond reader of Kamala Das, A.K. Ramanujan, Nissim Ezekiel, and the like. I’ve read Indo-English, contemporary poetry in good measure and, I’ve come to understand different styles and contexts. I’m not an English poetry or literature student. Poetry has been more of a ventilator for me than a form of self-expression or literature.

Lastly, how do you plan to celebrate Independence Day this year?
This Independence Day, we’re cleaning three lakes at Ameenpur, of about 150 acres in total. We plan to involve children also in this activity. We have to rid the lakes of plastic, debris, garbage and other stuff that’s thrown into them, despite all the awareness measures we’ve taken up and roadside fencing that we’ve built around the lake. We plan to invite top birders of the city to show the kids various birds. There are 161 species of birds – both migratory and residential – that flock to this lake.            – as told to Sumana