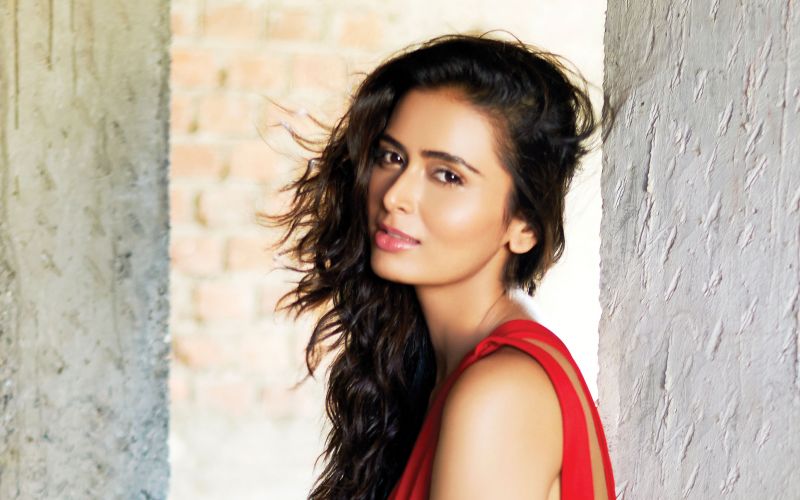 For Meenakshi, acting was never a planned career path, but came about as a result of the appreciation she received after the success of the reality dance show Nachle Ve with Saroj Khan. One thing led to another and here she is today: a talented actress who in the last five years has worked in several film industries including Telugu, Hindi, Malayalam, Kannada, and Tamil.

How and when did you get into acting?
I started acting five years ago. It was never planned as I don’t come from an acting background; it happened by chance. While I was in participating in Nachle Ve with Saroj Khan, Saroj ji would always push me to start acting. But I was never keen until after the show, when South filmmakers got in touch with me with offers.

Tell us about your experience on the show.
I had a great time. I got to learn so much from my idol and guru, Saroj Khan. Dancing comes naturally to me, and although I had taken some Kathak classes while in school and college, it was not until I did the show that I learned half my skills. Dancing was earlier just a passion and hobby, and I had never thought of it as a career. It was while I was in Mumbai on a holiday with friends that I gave an audition for the show. It was my first ever audition, but I was selected and the journey began there.

Who was your role model?
It’s uncanny because I’ve followed and looked up to Saroj Khan ever since I was a young girl. I would dance to Madhuri Dixit’s songs all through my childhood. I consider myself very lucky to have started my career with my guru. She gave me great direction for my career.

You’ve worked in several film industries. Which is your favourite?
It’s very difficult to choose because I’ve enjoyed every project equally. The southern film industry is great and they’re all very similar to each other. The only difference is the language. Everyone in Bollywood and the southern film industries are equally talented and hard working. The only difference I find is that, in the south, people are deeply rooted and have a lot of innocence. But at the end of the day I’m an actor and I will act in any language; even if I get a French film I will work in it.

You received a great response for your role in the Bollywood film Laal Rang. How was the experience compared to the southern industries?
It was great! Randeep is an amazing actor and a great human being. I learned a lot from him; his discipline and level of craft is outstanding. In general, there was no major difference, except that in the south, people are very spontaneous, whereas Bollywood believes in preparation months before the shooting. 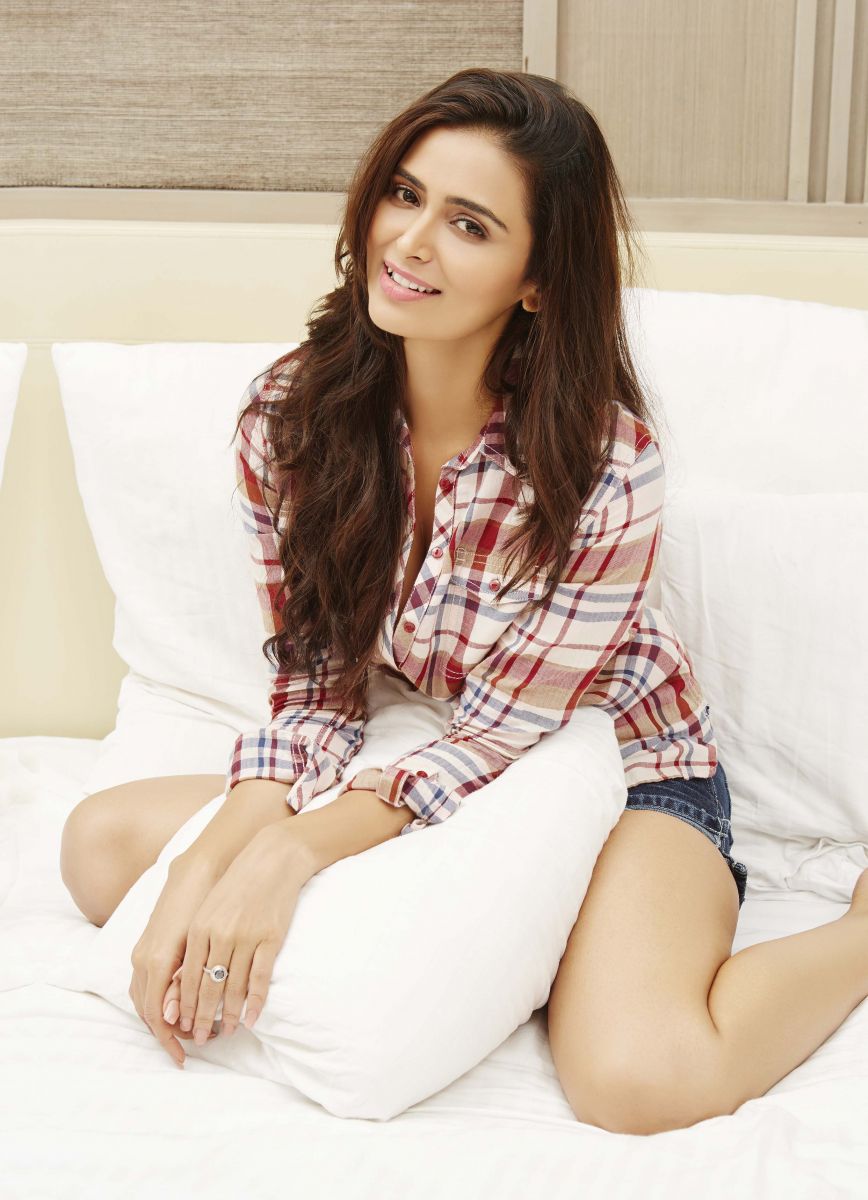 Who’s your favourite co-star?
Mahesh Babu is someone I really look upto for his professionalism and simplicity.

Any actor or director you’d like to work with?
There are many, but Allu Arjun and Rajamouli are two people I’d love to work with.

With Valentine's Day around the corner, tell us what your take on the holiday is and how you plan to celebrate it this year.

Love to me is the soul of life, and if given a choice I would celebrate love every single day of my life. The idea of Valentine's Day is to bring each one's attention to celebrate this beautiful emotion on this beautiful day.

This Valentine's Day I plan to hangout with my sister. We will start the day with a brunch and then shop for each other. The plan is to wear the dress we buy each other at night when our friends join us for dinner.

If not an actor, what profession would you have chosen?
Definitely something creative. I’m a good singer, so perhaps a singer or even a fashion or interior designer. I dabble in painting and designing clothes when I get the time.

What are your current projects?
I’m working on a Bollywood film for which I was shooting in Lucknow recently. It’s an emotional thriller with an ensemble cast consisting of Javed Jaffrey, Nikki Walia, and Vijay Raj, amongst others. Apart from this I have two Kannada projects lined up. One is a college love story called Local Train, and the other is yet untitled. There are other projects in the pipeline too, which I can’t talk about at the moment.

What do you do when you’re not working?
I work out, do yoga or pilates, cook and catch up with my friends.       -- as told to Niharika 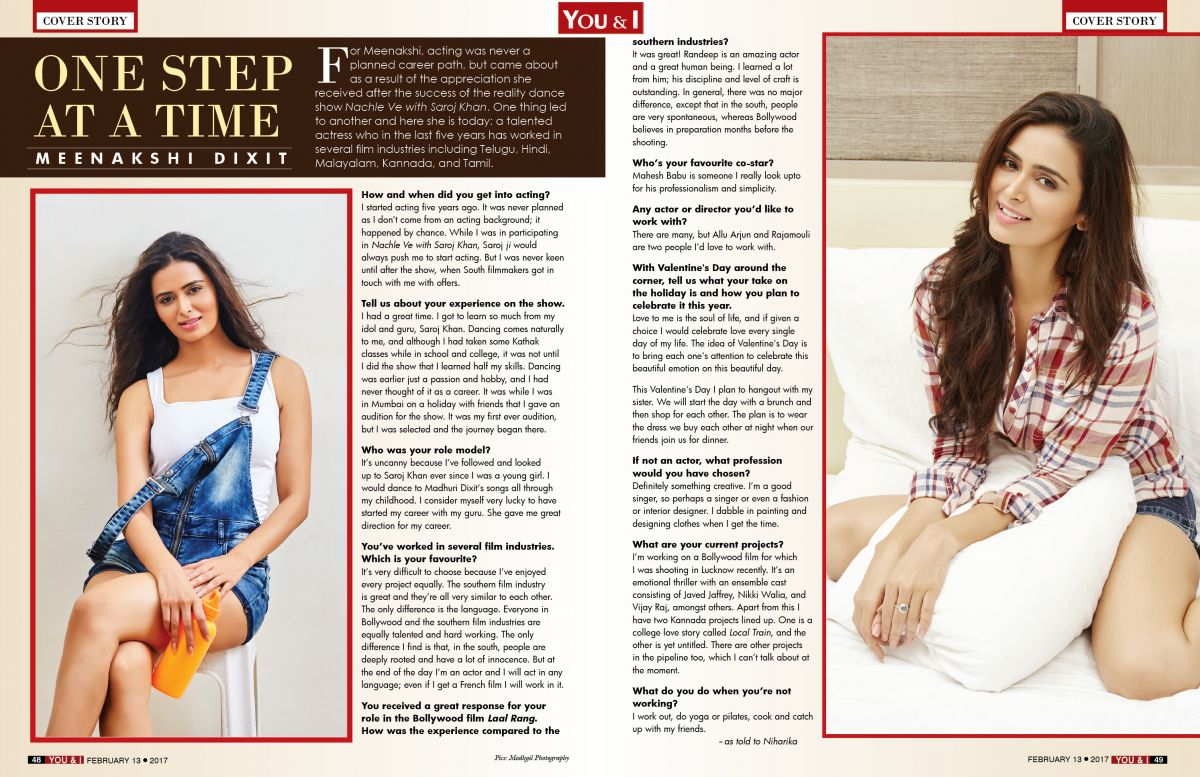