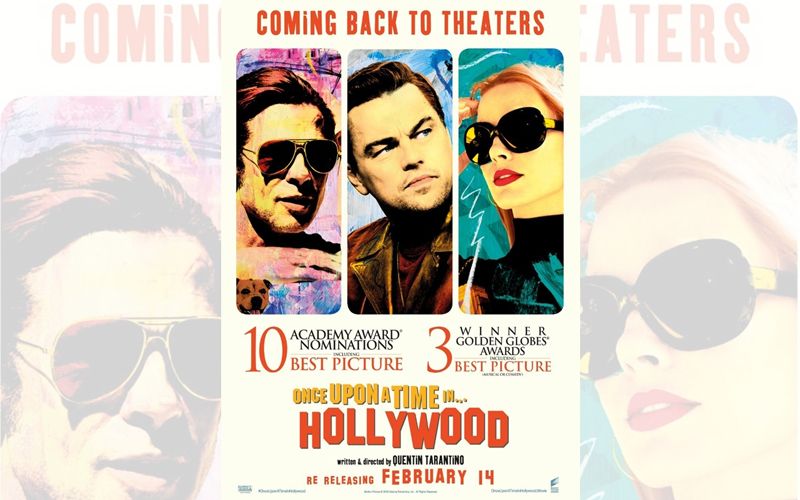 "Once Upon A Time in Hollywood" is a fictional story of fading stardom told through aging star Rick Dalton (Leonardo DiCaprio) and his stunt double Cliff Booth (Brad Pitt). Tarantino has woven real life stories into the plot with the infamous Charles Manson murders, including actress Sharon Tate, as a backdrop to make it more intriguing.

Star power of two biggies, the Hollywood factor and ‘Tarantino' treatment to a historical criminal case left everyone with a dazzling yet disturbing emotion. The film has garnered glory in award galas, including 77th Golden Globe Awards ceremony. It has also got Oscar nods in major categories.

The film will be re-released in India by Sony Pictures Entertainment India.